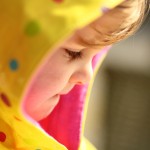 It is now an increasingly well accepted truism that the origins of mental illness often lie in childhood and adolescence. Most psychological and psychiatric problems present for the first time before the age of 18 years, and even for the remainder there is often a link to important early life risk factors, such as child maltreatment and other psychological or economic adversities.

However, acknowledging that, and doing something useful about it to prevent future mental health problems are different things. To be able to successfully intervene early we need to be able to offer interventions that are effective, acceptable to patients/service users and cost-effective. We also need to work out who these interventions should be offered to.

These challenges are still not taken up as often as they should be, so it is heartening to read of a study that has attempted to tackle intervention for one group of children who are at risk of current and future psychological difficulty; those with anxiety disorders.

Anxiety disorders are common, affecting up to 1 in 20 school age children. Distressing symptoms of anxiety are commoner still. Our current best treatment for anxiety disorders in this age group (cognitive behaviour therapy – CBT) tends to help approximately 50% of children to recovery. How we can help the rest remains a problem, and how to help longer term perhaps a bigger one. One of the key factors that often co-occurs with childhood anxiety is parental anxiety, and a number of studies suggest that this parental anxiety might be a factor that makes it less likely that children will recover quickly with treatment. Only two previous studies had tried to also focus on treating parental anxiety; with mixed results. 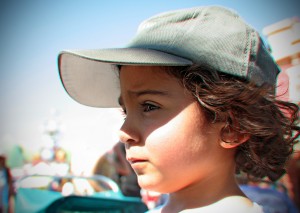 1 in 20 school age children are affected by an anxiety disorder.

The study team also set out to test whether these additions would be cost-effective, and also designed the trial to examine potential mechanisms by which any change might occur.

This was a 3 arm randomised controlled trial.

Those eligible were randomised to receive either:

Additional non-directive components of intervention were included to attempt to balance the amount of therapist contact each participant received.

211 children were randomised into the study and they were assessed at several time points, including the end of treatment, and 6 and 12 months later.

The primary outcomes were the child’s primary anxiety disorder status, and degree of improvement, both assessed at the end of treatment. All outcomes were assessed by researchers blinded to treatment allocation. 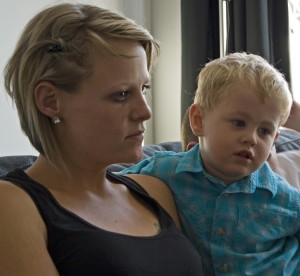 This RCT explored which combination of treatments work best for anxiety in both mother and child.

The results are reported as Risk Ratios. No statistically significant differences for child anxiety were seen between the treatment groups at the end of treatment (the primary outcome measure):

It is noteworthy that both of the treatment groups which had additional active components focussed on the mother showed higher rates of recovery. In the Child CBT group the recovery rate at end of treatment was 48%. In the group with maternal CBT as well it was 58%, and in the group with the mother child interaction intervention as well it was 60%.

The mother child interaction intervention group showed a greater improvement at 6 month follow-up. However these differences diminished at the later follow up periods. Outcomes on secondary outcomes did not show a consistent pattern. The health economic analysis suggested that addition of the mother child interaction intervention may prove to be a cost-effective choice.

The authors conclude that adding cognitive behavioural therapy for mothers in addition to child CBT is unlikely to add clinical benefit. However the addition of the mother child interaction intervention may offer some clinical benefit and prove to be a cost-effective choice for children aged 7-12 years with anxiety disorders. 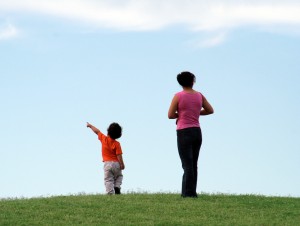 This study suggests that treating the mother-child interaction might be helpful for childhood anxiety disorder.

There are a number of key findings, but there was limited consistent evidence for an additional benefit of adding a maternally focussed treatment to child CBT. Most of the main outcomes suggested that the addition of these mother-focussed treatments might lead to a higher rate of recovery in the child, but at most time points these differences were not statistically significant. The health economic analysis also suggested that there may be a benefit of adding the mother-child interaction treatment, but was cautious in this interpretation because of uncertainty due to missing data.

The overall power of the trial may be an important issue here. Comparing two or more active treatments in a trial is challenging and requires large sample sizes to have a reasonable chance of demonstrating a difference (if such a difference really does exist). The power calculation for this study is well-described and was based on a 40% remission rate in the child CBT group. The actual rate found in the trial was 48%, which is a tribute to the quality of the therapy delivered, but this makes it more difficult to demonstrate an additional difference when adding additional interventions. The higher than anticipated losses to follow up also meant that the study had less overall power than was expected in the planning stage. This would make me reluctant to dismiss additional parental intervention as a component of the treatment of child anxiety, even if any benefits seen in this trial were relatively small and inconsistently found.

The approach to treating parental anxiety was focussed exclusively on mothers, which was argued on the basis that anxiety is commoner in mothers, and that mothers were more commonly the primary caregiver in this research setting. As the authors acknowledge, missing out fathers out may be significant, particularly as some work suggests that paternal anxiety might influence child anxiety in different ways to maternal anxiety. Adding an additional paternal component would be tricky for a future trial design, but should be thoroughly considered. 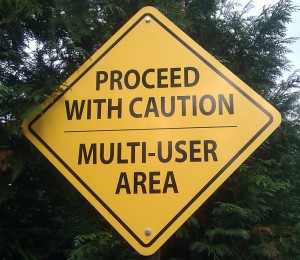 High drop-out rates at 6 and 12 months means that these results should be interpreted with caution.