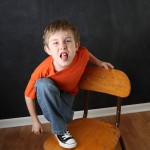 Attention deficit hyperactivity disorder (ADHD) is common with a prevalence of between 5 and 8%. It is often thought of as a problem with young people and is most commonly diagnosed in individuals while they are attending school. Unfortunately ADHD can have disruptive effects across the lifetimes of those affected. It can be and is associated with failure at school, problems relating to others, mental illness and even delinquency.  The main symptoms of ADHD are inattention, over-activity and impulsiveness that is inappropriate for the individual’s age. These symptoms are persistent and pervasive.

Individuals with ADHD are usually treated using a number of different methods at the same time. These methods might include drugs, food-based/dietary interventions and talking treatments. Medication can be effective, but can often negatively affect the sleep, appetite and growth of the child involved.

A broad range of electronic databases were searched for randomised controlled trials (RCTs) involving food-based or talking treatments for ADHD.  To be included in the overall analysis the papers had to meet a number of conditions:

Once the appropriate studies had been identified, the results were combined to see if there were statistically significant effects for talking or food-based interventions on ADHD. Fatty acid supplementation may have involved omega -3 or -6 oils or both.

All of the food-based interventions had significant effects on ADHD symptoms when rated by those closest to the setting where therapy occurred (e.g. parents or teachers). Only artificial food colouring exclusion (Effect size, Z=2.86, p=0.004) and free fatty acid supplementation (Z=2.05, p=0.04) showed effects when the people rating symptoms didn’t know which treatment the child with ADHD was receiving. However the size of these effects was not large. Though talking interventions were not statistically effective for treating core ADHD symptoms these interventions may have other positive effects not looked at in this study. For example they may help reduce oppositional or argumentative behaviour.

Food-based treatments, particularly artificial food colouring exclusion and free fatty acid supplementation had a small but statistically significant impact on ADHD symptoms. More evidence is needed before psychological interventions can be recommended for treating the core ADHD symptoms. Indeed more evidence of impact on ADHD symptoms from food-based interventions is needed as it isn’t known whether the small effects shown in this study would translate into real world improvements.