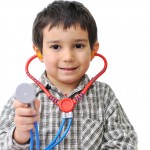 Back in February, I blogged about a cohort study published in the New England Journal of Medicine, which concluded that ADHD drugs are not linked with an increased risk of serious cardiovascular events.

The last few years has seen heated debate about the use of central nervous stimulants in children and young people. The lack of good quality research in this field has led to various government responses, including black-box warnings and the recommendation of regular electrocardiographies proceeding treatment.

It’s good to see another reliable piece of research to add to the discussion, this time in the BMJ. It’s a retrospective cohort study and it concludes that short term use of central nervous stimulants is not significantly associated with an increase in the short term risk of severe cardiac events.

The study involved over 1.2 million children and young people (aged 3-18) who entered the cohort when first diagnosed with a mental health condition (such as ADHD) that is commonly treated with a stimulant. The patients came from 28 different states in the US and were all eligible for the state Medicaid programmes.

Participants were followed until they lost their Medicaid benefits, their 19th birthday, admission to hospital for longer than 30 days, or death.

Transplant patients, those on dialysis and young people with substance misuse problems were excluded from the study, but children with congenital heart disease were included.

The main outcome measures were: Treatment of children with central nervous stimulants is not significantly associated with an increase in the short term risk of severe cardiac events. Analyses cannot be generalised to children with long term use of stimulants. Furthermore, long term effects of slight increases in heart rate or blood pressure are unknown.

The median follow-up time for this study was about 2 years, so this study cannot tell us anything about the long-term safety of these drugs.

The sample size was huge, but despite this, the data cannot tell us anything about the comparative safety of different drugs (e.g. methylphenidate versus mixed amphetamine salts). The authors suggest that given the small overall incidence of severe events, differences are probably subtle.