Home » Posts » Learning disabilities » down syndrome » Dementia in Down syndrome: Are we ready for a clinical trial? 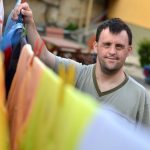 Adults with Down syndrome have a high risk of developing dementia; more so than any other genetic syndrome associated with learning disabilities.

Their vulnerability for Alzheimer’s type of dementia is thought to be linked to the overproduction of the amyloid ß (Aß) protein, due to the location of its precursor protein on chromosome 21, which is over-expressed in people with Down syndrome (trisomie 21).

This specific genetic profile of people with Down syndrome, however, means that findings of studies investigating risk factors, prevention and treatment strategies in a population without Down syndrome may not be applicable and that separate studies are required to evaluate these factors in a Down syndrome population.

To this extent, a pilot study has recently been published, which aimed to: 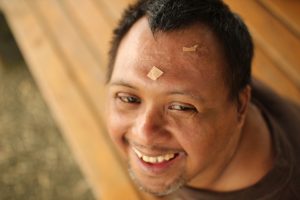 Adults with Down syndrome have a high risk of developing dementia.

Adults with Down syndrome over 50 years of age were recruited through the Scottish Primary Care Network and day centres in Scotland. While the researchers intended to recruit 50 participants, recruitment ended after twelve months with the randomisation of 21 participants to an intervention (10 participants) or a control group (11 participants).

In addition, 10 people with Down syndrome and their carers completed qualitative interviews that explored their perspectives on taking part in the study.

Over the course of a year, and using various recruitment strategies, 21 people with Down syndrome were randomised, of which 13 completed the study. These people were drawn from a population size of over 3 million people. Hence, to recruit a sufficiently large number of participants for a future clinical trial (ideally 160 participants) the researchers would have to draw on a population size of nearly 24 million people. In other words, the study would need to cover nearly half of the UK population.

Which instruments can be used to monitor cognitive decline in adults with Down syndrome?

The difficulty in selecting appropriate measures of cognitive decline lies in the likelihood of people with learning disabilities scoring very low on most measures, which leaves little room for detecting further changes toward the lower end of the scale. Tests that can be used to detect changes in memory, executive function and attention over time are the Memory for Objects Test (from the Neuropsychological Assessment of Dementia in Individuals with Intellectual Disabilities battery), the Category Fluency Test and the Cued Recall test, and to a lesser extent the revised Tower of London Test and the Selective Attention Cancellation Test. These cognitive tests proved more suitable for detecting changes than measures of adaptive behaviour, quality of life, and general health.

Not all participants agreed to have blood samples taken, but findings indicate that levels of Aß40 and Aß42 in the blood were more stable for people who received simvastatin than for those who received a placebo. Furthermore, simvastatin caused no adverse events in this study.

How do adults with Down syndrome and their carers feel about participating in a randomised controlled trial?

Findings from the interviews showed that people considered the research to be important and that they felt well-informed by the researchers. They felt motivated to participate to help with identifying effective prevention strategies for dementia in people with Down syndrome. However, the majority of eligible participants were deterred from taking part in the study due to the requirement of taking daily tablets. Most of those who did participate understood the importance of randomisation and considered taking part in the study a positive experience. 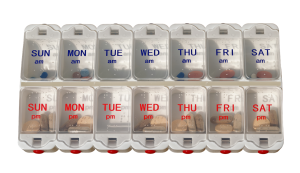 The majority of eligible participants were deterred from taking part because they didn’t want to take tablets every day.

This study, although considered a small-scale pilot study, is the first to attempt to conduct an experimental investigation of an intervention to prevent cognitive decline associated with dementia in people with Down syndrome. It highlights the difficulties of research with a clinical population, a challenge not limited to people with learning disabilities, in terms of identifying appropriate measures, and recruitment and retention strategies.

While it does not go as far as including people with learning disabilities in all stages of the study, it is a great step forward to actively engage with (potential) participants and take their expectations and experiences into account to help shape further research that concerns them. 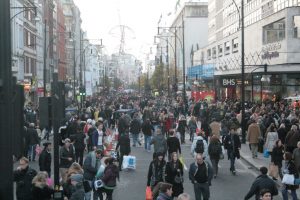 A full-scale RCT is feasible, but it will need 37% UK population coverage to recruit the required 160 participants.