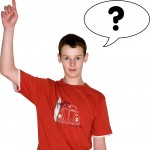 Quality of life is becoming a common outcome in the reporting of trials. The authors of this literature review were interested to look systematically at the use of quality life as an outcome in pharmacological research on Autism Spectrum Disorders. Currently, the most frequently used outcome measures in such trials are measures of changes in behavioural symptoms or impacts on impairments in functioning.

What they found was that there was an almost complete lack of studies including quality of life as an outcome measure. Where there were such studies, these showed significant conceptual and methodological limits.

They also found there were insufficient studies to allow comparisons of effectiveness between classes of drugs or single compounds with respect to quality of life.

They conclude that whilst quality of life as a concept has become increasingly valuable in psychiatric literature more generally, there is as yet little evidence that it is being explored r applied in the field of pharmacological interventions in autism spectrum disorder.
They suggest that in relation to measures of quality of life in autism spectrum disorder research

“considerable research efforts are needed to make these measures applicable and their usefulness actually proved.”