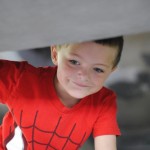 There is no “cure” for ASC, but a range of support programmes can help people with the condition to improve their communication skills. Techniques based in “Applied Behavioural Analysis” are widely recognised and utilise intensive behavioural support with some success for cognitive and language development (since Lovaas in 1987). It has been criticised for being too task or behaviour specific, meaning it can be repetitive for the child and not generalise well to other tasks.

Derived from the principles of ABA, Pivotal Response Treatment (PRT) focuses on targeting ‘pivotal’ areas, such as motivation to communicate. The aim is to improve child engagement to communicate by emphasising on encouraging the child to want to engage; using techniques such as child choice, task variation and using natural reinforcers (Koegel & Koegel, 2012). It focuses on treatment in the family environment; to help the method of learning to be reinforced and generalised across areas. Previous research has indicated that in 1.1 intensive family environments, parents can learn the interventions.

The aim of this study by Hardan et al (2014) was to examine whether parents can be taught interventions in a group environment. 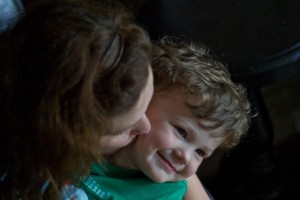 This study is a randomised controlled 12-week trial investigating the effectiveness of PRT in targeting functional communication deficits in young children with Autism.

The inclusion criteria for the children were; 2-6 years old; diagnosed with Autism based on the DSM-IV; with communication delays; able to vocalise with intent; with stable concomitant interventions (i.e. ABA); and at least one parent consistently participating.

These were obtained from a structured laboratory observation at baseline, at week 6 and at week 12 which was videotaped and scored by independent raters. The average inter-observer agreement was 88% (classed as a high level of agreement).

A mixed effects regression model was used, with treatment group, time and their interaction as fixed-effect covariates.

53 subjects were included and randomised. Many of these children were receiving speech therapy of ABA treatment. These were continued as normal. Stratified randomisation was used to ensure that gender, age and intensity of concurrent therapies were fairly allocated across the groups, as these factors were thought to possibly affect the response to the intervention. 47 subjects completed treatment, with one PEG lost to follow up.

A 12 week follow-up was completed. The total number of utterances and number of imitative, verbally prompted and non-verbally prompted utterances suggested maintained improvements with treatment. There were no significant changes observed between week 12 and 24, i.e. did not continue to improve at same rate. Additionally, fidelity dropped to 48%. 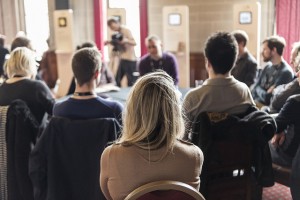 Parents were able to learn Pivotal Response Treatment in a group format.

With Autism diagnosis on the rise, it is vital that there are service delivery models in place that are effective to support families. Unfortunately, due to a lack of funding or widely available support programmes, this is not always as available as it should be. In the NHS at present, especially for children, it can be a minefield for parents to access a diagnosis for their child, let alone post-diagnostic support.

This RCT highlights that parents can learn PRT in a cost-effective group setting. The authors concluded that this RCT

This research indicates that parents can be supported to motivate their child to make measurable improvements in their adaptive communication skills. This may be incredibly motivating for a stressed family who feel disempowered or even powerless in trying to engage with their child. PRT may be a supportive platform to do so. Even in the PEG, the improvement in some communication skills shows that education and a supportive environment can facilitate some positive change.

Although there was a lack of support for improvement in some assessments of language, this is perhaps to be expected as this was a parent-delivered package designed to focus on functional improvements and skills in everyday life, which is meaningful and may improve wider social behaviours.

There was only a moderate sample size with limited power. There was also some difficulty in judging how much time the parents spent implementing the intervention at home.

Further research might look at how the intervention impacts parental mood and stress, and how they feel about their family relationships. The adherence to the programme indicates that parents engage well and may enjoy it. It may also be useful to look at how the skills generalise across situations, i.e. whether the child’s improvement in skills is present with other interactive partners.