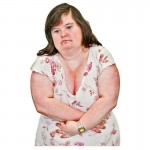 Estimates of the prevalence of co-morbid psychiatric problems in the learning disability population have varied greatly in the literature, often bedeviled by a lack of clarity around case definition.

The researchers in this Irish study set out to use the DC LD criteria in a clinical setting with a sample of 50 patients in a learning disability service.

A psychiatric registrar interviewed each of the 50 people in the presence of their key worker or other carer who knew the person well. They reviewed chart notes to see if there was any documented history of psychiatric symptoms and behavioural difficulties. All the information was gathered using the DC-LD criteria to identify appropriate diagnoses. They also looked at previously documented diagnoses for comparison purposes.

What they found for the sample was that there was considerable discrepancy between rates of psychiatric diagnoses after application of DC-LD and rates of previously documented diagnoses.

They found that using DC-LD meant that there was a reclassification of many previously documented diagnoses, mainly as behavioural disorders. They also found discrepancies between rates of diagnosis of pervasive developmental disorders and Alzheimer’s disease before and after use of DC-LD.

They conclude from their experience of the use of the DC-LD in a clinical setting that their findings add to the growing view of the usefulness of the tool for the appropriate identification and diagnosis of psychiatric disorder in the learning disability population.

They also point out that their findings have drawn attention to the difficulties associated with previously non-systematic approaches to psychiatric diagnosis.

As a result of the study, it was agreed locally that DC-LD criteria would be applied to all people using the service in the future.

Application of DC-LD to an intellectual disability population, Tully J et al., in Advances in Mental Health and Intellectual Disabilities, 6 5, 259 – 264