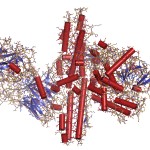 Temporomandibular disorders (TMD) are thought to affect around 15% of the adult population and a wide range of treatments have been suggested from patient education, pharmacological therapy, and psychological therapy, as well as non-invasive interventions including physio therapy and the application of a splint, to further surgical interventions.

Botulinum toxin (BTX) blocks the presynaptic release of acetylcholine (Ach) into the end-plate of the neural junction, thus leading to reduced activity of the muscles or glands. It was first used for the treatment of neuromuscular disorders and has now expanded to include the management of pain disorders of musculoskeletal origin, including myofascial pain syndrome. The aim of this review was to assess the efficacy of BTX use in TMD, especially pertaining to myofascial pain and disc derangement disorders.

English language, peer-reviewed publications of randomized controlled trials comparing BTX versus any alternative intervention or placebo for patients with temporomandibular disorder classified according to the American Association of Orofacial Pain (AAOP) guidelines, or the RDC/TMD (research diagnostic criteria for TMD were considered. Study quality was assessed using the Cochrane risk of bias tool.

A lack of consensus on the effects of BTX would appear to underline the fact that the therapeutic benefits of BTX on TMDs remain unclear. A more rigorous design of randomised clinical trials with high quality descriptions of all aspects of the methodology and results should be carried out in future studies.

This review has used a broad search strategy and good methodological approach and has included just 5 RCTs all of which have methodological flaws as noted by the authors. There was also high heterogeneity between the studies particularly relating to the outcomes assessment so no meta-analysis was reported.

A recent Cochrane review update (Soares et al 2014) which was looking more broadly at Botulinum toxin for myofascial pain syndromes was also unable to conduct a meta-analysis of its use concluding;

There is inconclusive evidence to support the use of botulinum toxin in the treatment of MPS based on data from four studies with a total of 233 participants, which we considered were of sufficient quality to be included in this review. Meta-analyses were not possible due to the heterogeneity between studies. We suggest that in future studies the same methodology to assess pain, a standardised dose of treatment, follow-up of at least four months (to observe the maximum and minimum curve of the drug effect) and appropriate data presentation should be used. More high-quality RCTs of botulinum toxin for treating MPS need to be conducted before firm conclusions on its effectiveness and safety can be drawn.

The Soares review also included TMD studies in their search criteria but did not include any TMD papers in their review.