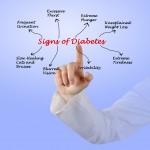 The aim of this systematic review was to assess periodontal treatment in type2 diabetic patients reduces glycaemic and fasting plasma glucose levels.

Searches were conducted in the Medline, Embase, CINHAL and Cochrane Central databases. Randomised controlled trials (RCTs) studying the effectiveness of periodontal therapy on glycaemic control and/or fasting plasma glucose level in type 2 DM with periodontitis and published in English were considered. Studies were selected and data abstracted by two reviewers acting independently. Risk of bias was assessed.

The primary outcome was change in HbA1c level with change in fasting plasma glucose as a secondary outcome.

The meta-analysis result supports the effectiveness of periodontal therapy in glycaemic control in type 2 diabetic patients and periodontitis. However, large sample size Randomized controlled trials must be done to confirm this association.

Since 1990 there have been in excess of 20 reviews of this topic and with the recent publication of a substantive update of the Simpson et al Cochrane review in November 2015 the need for this new review is questionable.

There is low quality evidence that the treatment of periodontal disease by SRP does improve glycaemic control in people with diabetes, with a mean percentage reduction in HbA1c of 0.29% at 3-4 months; however, there is insufficient evidence to demonstrate that this is maintained after 4 months.

There was no evidence to support that one periodontal therapy was more effective than another in improving glycaemic control in people with diabetes mellitus.

Last reply was August 8, 2016
Try out our members features!