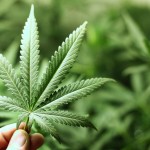 Cannabis is a widely used recreational drug and a number of countries have relaxed their controls with recreational use being decriminalised in a number of jurisdictions. This has led to an increased demand for information about its impact on physical health.

The aim of this study was to measure associations between cannabis use over 20 years and a variety of physical health indexes at early midlife.

This study uses participants from the Dunedin Multidisciplinary Health and Development Study of New Zealand birth cohort born in 1972-73. The analysis involved 947 (out of 1,037) of the cohort members. The exposures measures were frequency of cannabis use and cannabis dependence at ages 18, 21, 26, 32, and 38 years. Cumulative joint-years was estimated using self-reported frequency of cannabis use over the past year (0- 365 days) at ages 18 to 38 years. One joint-year reflects the equivalent of daily cannabis use for 1 year. Persistent cannabis dependence was defined as the number of study waves out of 5 at which a study member met criteria for dependence.

For comparison, associations between tobacco use and physical health were also tested. Cumulative tobacco exposure was calculated from the reported number of cigarettes smoked per day at each assessment divided by 20 and multiplied by the number of years smoked at that rate through age 38 years. One pack-year reflects the equivalent of 20 cigarettes a day for 1 year.

Previously reported data from this birth cohort has shown a strong association between smoking and periodontal disease, which is corroborated in this study.

The finding that cannabis users have poorer periodontal health even after controlling for tobacco use is interesting. The authors highlight the challenge of disentangling cannabis use and tobacco use although they suggest that tobacco is not typically mixed with cannabis in New Zealand. Although they do note that most cannabis users also smoked cigarettes. The authors speculate that negative effect of cannabis on periodontal attachment level may be mediated by its ability to induce vasoconstriction.

This would appear to be the first study to suggest that cannabis use results in negative periodontal outcomes over and above those mediated by tobacco so additional studies to investigate this would be helpful.