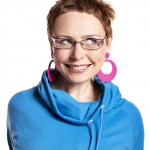 The peg-shaped lateral incisor is one that has an incisal mesiodistal width of the tooth crown shorter than the cervical width. This can lead to aesthetic, orthodontic and periodontal problems for the patient.  The aim of this review was to assess the prevalence in relation to race, sex, population type and continent of origin.

The PubMed, Embase, Google Scholar, Cochrane Central Register of Controlled Trials, metaRegister of Controlled Trials, and OpenGrey databases were searched with no restrictions. Studies reporting the occurrence rate of peg-laterals were included. Screening and quality assessment of studies was conducted in duplicate. The overall pooled prevalence estimate was calculated with a random-effects model. An estimated risk ratio was used for sex comparison. The studies were divided into 4 main groups: Black, White, Mongoloid, and Indian.

Last reply was September 5, 2017
Try out our members features!