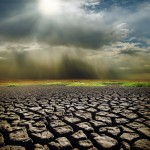 Over 90% of patients experience xerostomia during head and neck radiotherapy and for three quarters of patients this can last from one month to 2 years. Xerostomia causes a variety of oral problems including discomfort chewing problems, difficulty swallowing, speech problems , dental caries, candidiasis etc. This has a significant impact on quality of life.

This review updates a 2007 Cochrane review that aimed to determine the efficacy and tolerability of parasympathomimetic drugs in the treatment of radiation-induced salivary gland dysfunction (specifically radiation-induced xerostomia).

Searches were conducted in the Cochrane Oral Health Group Trials Register, Cochrane Central Register of Controlled Trials (CENTRAL), Medline, Embase, CINHAL, the metaRegister of Controlled Trials, ClinicalTrials.gov and the WHO International Clinical Trials Registry Platform (ICTRP). Randomised controlled trials (RCTs) of any design, parallel group or cross over involving patients with radiation-induced salivary gland dysfunction being treated with parasympathomimetic drugs versus no treatment, versus placebo, versus another treatment for salivary gland dysfunction, or versus a combination were considered. Standard Cochrane methodological approaches were taken for data selection, risk of bias assessment and data analysis.

This well conducted review provided limited evidence to support the use of pilocarpine hydrochloride of radiation-induced xerostomia so the author suggest that it is clinically appropriate to offer it to patients with no contra- indications. However, many fail to respond and side effects are common.

Another Cochrane review by Furness et al (see Dental Elf 3rd Sept 2013) looked at non-pharmacological approaches for dry mouth although not specifically related to those patients with radiation-induced xerostomia. They included 9 studies involving acupuncture, electrostimulation devices and powered toothbrushes but the quality of evidence was low or very low.