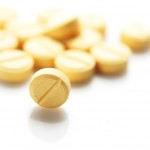 Dental pain is a sadly a common event and has been managed by both opioid and non-opioid analgesics. It is recognised that non-steroidal anti-inflammatory (NSAID) drugs perform better in relation to dental pain as they inhibit the prostaglandins generated by the COX-2 isoforms responsible for the inflammatory response due to dental pathology while opioids only interfere with pain perception and not inflammatory pathways. Dental opioid prescribing is far more common in the USA than the UK with oxycodone being commonly prescribed, and its use is increasing in Australia.

The aim this review was to evaluate the efficacy of oxycodone for post-operative acute dental pain.

A protocol was registered in the PROSPERO database. Searches were conducted in the Medline, Embase and Web of Sciences databases. Two reviewers independently selected studies, extracted data and assessed risk of bias using the Cochrane RoB2 tool . Randomised controlled trials (RCTs), controlled trials (CCTs), and non-randomised comparative studies involving patients aged 12 or over comparing oral oxycodone alone or in combination with other analgesics against another analgesic were considered. Only English language papers were included. The primary outcomes were sum of pain intensity difference at 6 hours (SPID6) and total pain relief at 6 hours (TOTPAR6). Random effects meta-analyses were conducted using mean difference for SPiD6 and TOTPAR6.

NSAIDs are generally superior for post-surgical dental pain, with a better adverse effect profile, thus the need for oxycodone in dentistry is limited. If oxycodone is used, it is best in combination with paracetamol, and should be reserved for patients who cannot tolerate NSAIDs and where paracetamol is not sufficient.

A review protocol was registered with PROSPERO and searches conducted in 3 major databases. However, restriction to English language studies may have excluded some relevant studies as noted by the authors. The findings indicate that NSAID monotherapy was more effective than oxycodone/paracetamol combinations. Individual trial data also suggests that oxycodone has limited effectiveness when used as monotherapy for dental pain. As most dental pain is nociceptive and inflammatory in origin the effectiveness of NSAIDs is unsurprising and other reviews support their use (Dental Elf – 7th Jun 2017).  Despite its limited value in the management of dental pain oxycodone is commonly prescribed by dentists in the US and Australia even though it is not recommended by the American Dental Association or other bodies for acute dental pain. This is of concerned given the scale of the opioid crisis in the USA.

Endodontic pain can be managed with non-steroidal anti-inflammatory drugs