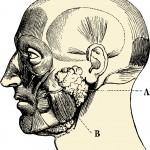 Between 3-10% of head and neck neoplasms are salivary gland tumors the majority of which (75-85%) occur in the parotid gland. Seventy to eighty percent of these parotid tumours are benign and surgical resection is the treatment of choice.

However, there is controversy over the best surgical procedure. The aim of this review is to investigate the effectiveness and complications of Total conservative parotidectomy (TCP) versus Superficial parotidectomy (SP) for the treatment of primary benign parotid tumors.

A detailed search of the literature has been conducted to identify studies for this review. However, all of the included studies were retrospective and considered to be at medium to high risk of bias. This needs to be taken into consideration when interpreting the findings.