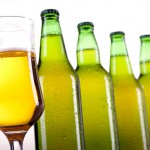 About 4.5% of the global burden of disease and injury, around 2.5 Million deaths is considered to be down to alcohol. In addition to cirrhosis of the liver, epilepsy, poisoning, road traffic accidents it is also a risk factor for a number of cancers eg. oral cavity, pharynx, oesophagus.

The aim of this review was to provide a global picture of the association between alcohol drinking and a large variety of cancers.

Searches were conducted in Medline, ISI Web of Science (Science Citation Index Expanded) and Embase. Case–control, cohort or nested case–control studies published as original articles that reported findings expressed as odds ratio (OR), relative risk (RR) or hazard ratio (or reporting sufficient data to compute them) for at least two levels of alcohol consumption vs nondrinkers and/or occasional drinkers were considered. Only article published in English were included. A single reviewer determined eligibility with disagreements being resolved by discussion.

Alcohol consumption was expressed as g per day as a standard measure of ethanol intake using the following equivalencies: 0.8 g ml-1, 28 g per ounce and 12.5 g per drink.   Where ranges of alcohol were given the range mid point was assigned. Light, moderate and heavy drinking was respectively ≤12.5, ≤50 and >50 g per day of alcohol.

consumption of alcoholic beverages increases the risk of cancer of the oral cavity and pharynx, oesophagus (SCC), colorectum, liver, larynx and female breast. Some other cancers, such as pancreas and prostate cancer and melanoma, appear to be associated with consumption of alcohol, but more studies are needed to draw any final conclusion.

This new meta-analysis pulls together data from a wide range or sources to look at the association between alcohol consumption and a wide range of cancers. However, the included studies are restricted to those published in English so some relevant studies may have been included. The majority of included studies are case-controlled which have a greater potential for bias compared with cohort studies and a comparison of the pooled RR for oral and pharyngeal cancer still demonstrates a dose response but slightly lower with the higher quality cohort studies.

While the review suggests a clear dose response effect the variety of methods used to record alcohol consumption which poses challenges for combining the data which need to be taken into consideration.

As oral cancer rates are increasing and alcohol consumption is a risk factor it is important that dentists ask patients about their alcohol use as part of their routine recall processes as they are in a unique position to offer brief advice refer on or signpost to local alcohol services.