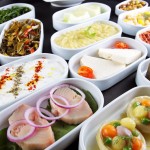 Mastication is a key function of teeth and tooth loss reduces masticatory function and chewing ability. This can lead to a reduction of food choice and variation in the diet.   A good diet is important for a health life and studies have been conducted on the interrelationship between tooth loss, diet and nutritional status.

The aim of this review was to assess the longitudinal evidence on whether tooth loss affects dietary intake and nutritional status among adults.

Searches were conducted in the Medline, Embase, LILACS, OpenGrey and Google Scholar databases. Longitudinal studies of population-based or clinical samples of adults exploring the effect of tooth loss on food/dietary/nutrient intake and/or nutritional status were considered.  Two reviewers independently selected studies abstracted data and assessed study quality using the Newcastle-Ottawa Scale for cohort studies.Meta-analysis was not carried out because of the high level of heterogeneity a narrative summary was presented.

This systematic review indicates there is weak evidence on the association of tooth loss with nutrient intake and nutritional status. Inconsistent findings were reported across the 8 longitudinal studies identified. The only consistent association, as reported in two studies, was for greater self-reported tooth loss and small decreases in dietary cholesterol. Additional high-quality longitudinal studies should address the limitations of previous studies identified in this review.

The authors have searched a number of databases and only including prospective studies which in theory would provide good observational evidence. However, the   included studies were of low quality in part due to the marked variability in the way in which both exposures and outcomes were measured.  This means that while the review helpfully summarises the available data the findings are weak and inconsistent and further high quality studies are needed.