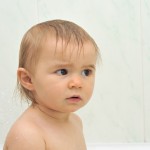 Tooth eruption is a normal physiologic process although the mechanism for directive force has not been established or completely understood. Despite being a natural process a range of symptoms (increased salivation, irritability, loss of appetite and increasing body temperature) are reported.

The aim of this systematic review was to answer to question; In children aged 0 up to 36 months, are there local or systemic signs and symptoms during the eruption of the primary teeth?

Searches were conducted in the Latin American and Caribbean Health Sciences (LILACS), PubMed, ProQuest Dissertations and Theses Database, Scopus, Web of Science and Google Scholar databases. Observational studies assessing local and systemic signs and symptoms during the spontaneous eruption of primary teeth in healthy children aged between 0 and 36 months, by means of either clinical examination or a questionnaire directed to the parents or health care professionals were are considered.

7 studies were considered to be at high risk of bias, 4 moderate and 5 low.

Meta-analysis revealed that the overall prevalence of signs and symptoms associated with primary tooth eruption in children between 0 and 36 months was 70.5% (95%CI; 54.1-84.6).

Based on the current limited evidence, there are signs and symptoms during primary tooth eruption. Gingival irritation, irritability, and drooling were the most common. For body temperature analyses, it was possible to evaluate that eruption of primary teeth is associated with a rise in temperature, but it was not characterized as fever.

The authors have searched a wide range of databases for relevant studies although the last search for this review was conducted in May 2015 so relevant studies may have been published in the interim. While a majority (9) of the included studies were considered to be prospective the authors highlighted problems with the recall bias enough of study designs. Variations in the stage of eruption considered to represent the day of eruption was noted as was the variation in general symptoms considered between studies. Most studies did not provide clear definitions of their diagnostic methods and the studies with the largest sample sizes were found to have the highest risk of bias with some studies not providing information on confounding factors.