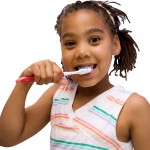 The aim of this new review was to assess the effects of supervised toothbrushing per se on caries incidence in children and adolescents.

no conclusive evidence that supervised toothbrushing increases the anti-caries benefit provided by F toothpastes. For supervision during toothbrushing to be widely recommended and adopted, high-quality trials with proper control groups should confirm whether caries could be reduced further by supervising children when they are brushing their teeth with F toothpaste.

The introduction to this review highlights the potential benefits of supervised brushing as improving brushing technique, longer brushing times, greater frequency and reduced caries.  In the SIGN guideline 138 section on supervised brushing it problems in relation to a standard definition to ‘supervision’ which creates difficulties for reviewer and needs to be better reported in the literature.

As the 2003 Cochrane review also included RCTs of one year duration it is interesting to note that their sensitivity analysis highlighted a 10% lower preventive fraction (95%CI; -17 to -4%; P = 0.001) with unsupervised toothbrushing. Although the later Cochrane review by Walsh et al only found a non-statistically significant benefit in favour of supervised toothbrushing. Both the Cochrane review included more studies in their analyses than the current review. The difference between the review could be related to the way in which ‘supervision’ is interpretation and while further high quality studies would be helpful as noted above greater clarity regarding the type an quality of the supervision needs to be recorded.

How should I brush my teeth?