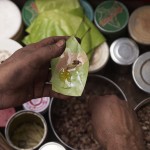 Smokeless tobacco (ST) is that which is used orally and most often comes as chewing tobacco or snuff – a moist ground tobacco. Approximately 90% of the world’s users of smokeless tobacco reside in Southeast Asia but it is used, often from a young age, all around the world.

ST is associated with a number of systemic and oral diseases including cardiovascular disease and oral cancer, though the associations are not nearly as strong as for smoked tobacco. For this reason it has been proposed as a means to assist smokers using a harm-reduction approach, which is contentious and there is guidance for the healthcare sector to help reduce ST use

The aims of this review were to assess the effects of behavioural and pharmacotherapeutic interventions to treat smokeless tobacco (ST) use.

This systematic review addresses an important question and has been conducted well. The problem is the included studies were not conducted where the majority of ST users are (they were all conducted in North America or Europe) and so the external validity of the primary studies is limited given the different cultural norms around tobacco use in other parts of the world. We would expect this particularly to impact on the effectiveness of behavioural interventions.

As dentists, we are not able to prescribe Varenecline and, anyway, its prescription may be better managed as part of a specialist smoking cessation service where short term (4 weeks) quit rates are approximately 35% ( West et al 2013) . The UK’s National Institute for Health and Care Excellence (NICE) has produced guidance on how to help Southeast Asian users of smokeless tobacco to quit  and Public Health England guidance for those involved in commissioning and delivering oral health care to help all tobacco users to quit.