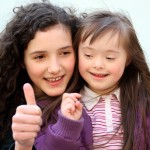 Children with intellectual disabilities are reported to have more obstacles in daily tooth brushing than healthy children. This might be due to their difficulty in achieving the required manual dexterity for self-care and lack of awareness of the importance of oral hygiene practice. Oral health care and routine dental treatment can be challenging for them and studies have shown poorer oral health status.

The aim of this systematic review was to summarise and compare the oral health status of children and adolescents with and without intellectual disabilities.

Searches were conducted in the PubMed, Embase, Web of Science, Scopus and Clinicaltrials.gov databases. Two reviewers independently selected studies and abstracted data. Study quality was assessed using the Newcastle-Ottawa Scale. Continuous data were reported as mean and standard deviation or median and interquartile range. Categorical data were described by proportion and frequency and meta-analysis conducted.

The helpful review pulls together a large number of studies that consider the oral health status of patients with intellectual disabilities.  As the authors note the overall sample included 53,092 children without intellectual disabilities compared with just 3325 with intellectual difficulties. There is also a broad time span for the studies and the newer tranche of studies found since 2000 may reflect different attitudes and availability of care for this group of patients.  Services for this group of patients are developing and improving and more well designed studies are needed to enhance out knowledge and support their development.

Periodontal treatment and prevention in Down syndrome patients