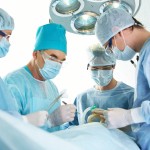 In this review, it was difficult to reach firm conclusions as to the benefit of using local anaesthetic for dental treatment under general anaesthesia. The information reported in the included studies was comprehensive and applicable to the review question, but ultimately it was not sufficient to address the objective of the review. We were unable to pool the included studies in a meta-analysis because of substantial variation in outcome measures, interventions, and treatment types. The use of supplementary analgesia further obscured the effect of local anaesthetics.

Based on the literature review and the results of this review, we recommend further randomised controlled trials that minimise bias through adequate allocation concealment and blinding of participants and assessors, and assess the effect of intraoperative local anaesthetic on the volume and type of anaesthetic used and on the cardiovascular system in participants receiving supplementary analgesics as well. Researchers should give consideration to the impact of any changes on the health and well-being of the participant and report baseline measures of pain or distress, or both, and preoperative anxiety.

This review has followed the usually Cochrane methodological approaches and has identified a number of trials addressing the question. Unfortunately they are all relatively small and of limited quality and have looked a range of delivery methods and outcome measure which has prevented pooling. Consequently there is a need for high quality randomised trials to be conducted to asses whether there is a benefit to using LA for dental treatment under general anaesthesia.