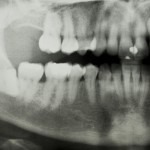 The surgical removal of third molars (wisdom teeth) is one of the commonest operations performed. It is usually carried out because of infection associated with a partially erupted and impacted tooth. The aim of this update to a Cochrane review was to compare the relative benefits and risks of different techniques for undertaking various aspects or stages of the surgical extraction of mandibular wisdom teeth.

The thirty-five included trials looked at a range of different surgical techniques. The comparisons related to seven broad aspects of the surgical procedures for impacted mandibular third molars: type of surgical flap raised, use of retractors, techniques for bone removal, wound irrigation, wound closure, wound drainage, and complete/incomplete tooth removal. The quality of the body of evidence for each of these comparisons was very low to moderate due to the small number of trials and patients, and the majority of the trials being at high risk of bias (65%) with the remainder at unclear risk of bias. The evidence for making changes to surgical practice is therefore limited. However, it is useful to describe the state of the research evidence supporting practice so that surgeons can make an informed choice in adopting new techniques, or continuing with established techniques.

As the authors note although they were able to include 35 trials there were only one of two studies that evaluated a given element of the surgery. The quality of the available evidence in general was only moderate to low and the authors highlight that although blind outcome assessment was possible this was only carried out in about a third of the trials. The authors also discuss two 2012 reviews , one by Carrasco-Labra et al (Dental Elf 25th June 2012), the other by Long et al (Dental Elf 12th June 2012), the  findings of both these reviews are in disagreement with this review.