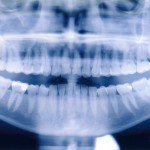 In 2000  guidance from NICE ( National Institute of Health and Care Excellence)  recommended that ‘The practice of prophylactic removal of pathology-free impacted third molars should be discontinued in the NHS’.  As a result the numbers of third molars extracted has declined and it has been suggested that the increased retention of third molars has contributed to an increase in distal surface caries (DSC) in second permanent molars.

The main aim of this review was to assess the prevalence of distal surface caries (DSC) in second permanent molars associated with retained third molars.

Searches were conducted in the Cochrane Library, Embase, Medline and LILACS databases with no restrictions on language or date of publication. Prospective and retrospective studies assessing the prevalence of DSC in second molars were considered.  Three reviewers screened titles all with papers being reviewed by two. Data was extracted independently with study quality assessed using a validated tool for prevalence studies.  Pooled prevalence estimates and 95% confidence intervals (CI) were calculated and random effects meta-analysis conducted.

The meta-analysis showed a 23% pooled prevalence of DSC among patients (DSC therefore affects about one in four of those referred). The confidence intervals, however, were wide (44% to 2%), which suggests a lack of precision. We also detected considerable heterogeneity and suggest that this may be caused by several factors that are linked to differences in practice.

Ultimately, to improve estimates of the prevalence of DSC and to find answers to our secondary objectives, larger well-reported observational studies are needed, but research funding might be better spent on interventional studies that show how best to manage impacted third molars and their consequences

The authors have searched a good range of databases. 6 studies use panoramic x-rays in addition to clinical examination however they have poor sensitivity and sensitivity for caries as noted by the authors. A majority of the studies were retrospective using clinical note and records for assessment All of the included studies were conducted on hospital patients so the prevalence estimates may not be representative of the general population. The diagnostic criteria for caries vary between the included studies which may also have implications for the prevalence rates.   The overall pooled prevalence for DSC was estimated to be 23% however the confidence intervals were very wide (2% to 44%).  As suggested by the authors the quality of the available is limited and data from high quality prospective data would be very helpful. For while work had started on updating the NICE 2000 guidance  that work has currently been deprioritised.

NICE – Guidance on the extraction of wisdom teeth