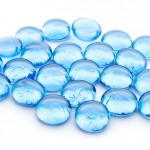 Increasing the availability of fluoride is a key component of effective prevention of caries. Evidence has shown that a number of fluoride delivery methods (toothpastes, mouthwashes, varnishes, gels) are effective. In addition to these a number of slow-release devices have been studies.

The aim of this review was to evaluate the effectiveness and safety of different types of slow- release fluoride devices on preventing, arresting, or reversing the progression of carious lesions on all surface types of primary (deciduous) and permanent teeth.

There is insufficient evidence to determine the caries-inhibiting effect of slow-release fluoride glass beads. The body of evidence available is of very low quality and there is a potential overestimation of benefit to the average child. The applicability of the findings to the wider population is unclear; the study had included children from a deprived area that had low levels of fluoride in drinking water, and were considered at high risk of carries. In addition, the evidence was only obtained from children who still had the bead attached at two years (48% of all available children); children who had lost their slow-release fluoride devices earlier might not have benefited as much from the devices.

This is the second update of this Cochrane review and despite identifying a large number of studies for consideration it is disappointing that no new studies could be included in this update. The only available study provides very weak evidence of effectiveness as the study analysis was based only on those children who retained the glass beads and the analysis should have been based on all participants. Therefore the only available study is at high risk of bias.