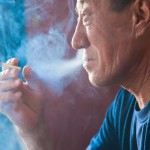 Dental caries remains a significant public health problem worldwide. A number of cross-sectional studies have suggested an association between secondhand smoke (SHS) and dental caries and it is thought that this may be due to the effect of SHS on microorganisms and salivary gland function. The aim of this retrospective cohort study was address the question, ‘Does maternal smoking during pregnancy and exposure of infants to tobacco smoke at age 4 months increase the risk of caries in deciduous teeth? ‘

This retrospective cohort study used data from municipal health check-ups in Kobe City, Japan. Health check-ups are mandatory for women of childbearing potential and children up to 3 years old and the data consisted of deidentified data on health check-ups from 31 March 2004 to 1 April 2014. Children born between 2004 and 2010 with available information on associated smoking at age 4 months and records of dental examinations at 18 months and 3 years were included.

Personal and physical data on pregnancy provided by the mother with lifestyle information being collected by questionnaire. Exposure to secondhand smoke from pregnancy to 3 years of age was assessed as: maternal smoking during pregnancy (never, former, or current smoker), daily number of cigarettes smoked during pregnancy, presence of smokers in the household during pregnancy, smoking status of parents and family members when the infant was 4 months of age (non-smoker, smoking away from child, or smoking in front of child), and presence of smokers in the family at 9 months, 18 months, and 3 years. Oral conditions was assessed by dentists at 18 months and 3 years by visual examination with teeth being classified as normal, decayed, missing, filled, treated by diamine silver fluoride, observation required, or treated by a dental sealant. Teeth treated with diamine silver fluoride were treated as decayed. The primary outcome was time to the first incidence of caries in deciduous teeth.

Cox regression was used to estimate hazard ratios of exposure to secondhand smoke compared with having no smoker in the family after propensity score adjustment for clinical and lifestyle characteristics.

Exposure to secondhand smoke at 4 months of age, which is experienced by half of all children of that age in Kobe City, Japan, is associated with an increased risk of caries in deciduous teeth. Although these findings cannot establish causality, they support extending public health and clinical interventions to reduce secondhand smoke.

In 2011 we looked at a systematic review that addressed the question of whether second-hand smoke had an influence of dental caries (Dental Elf- 26th Jun 2011). That review included 14 studies the majority being cross-sectional. While that review suggested an association the quality of the evidence was considered weak to moderate so they recommended further investigations using a cohort design. This new study uses a retrospective cohort design involving a large Japanese sample. The authors have taken into consideration a large number of maternal and infant factors as well a wide range of dental factors including Number of teeth, fluoride treatment, toothbrushing and diet etc. but not socio-economic status or mothers educational attainment confounders commonly taken into account in caries studies.

The authors highlight that the prevalence of cares noted in this study was lower than other Japanese samples and that the assessment of smoking behaviour was by questionnaire, which may result in under reporting. They also note that the proportion of children exposed to smoke was small. As the authors note the findings cannot establish cause and effect but they do provide some additional support for a potential link between second hand smoke and dental caries.