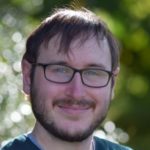 Matthew moved to Edinburgh in 2005, where he completed his undergraduate degree (Psychology), MSc by Research and PhD, which was run bilaterally between the University of Edinburgh and Suor Orsola Benincasa University (Italy). After his PhD, he led a research project in Kyoto (Japan) as a JSPS Post-doctoral Fellow.   He returned to Edinburgh in 2016, taking up a position as a post-doctoral researcher at the Centre for Cognitive Ageing and Cognitive Epidemiology. He became involved in data linkage for research and has since become involved in several data linkage initiatives, such as the Scottish Centre for Administrative Data Research and the Scottish Longitudinal Study, and has worked to improve data access for other researchers. Throughout his research career, he has been interested in how cognition and mental health change across the life course, and how we can best preserve them in older age. Matthew now works as a Senior Data Scientist on an MRC-funded Mental Health Data Science grant, leading a project which is investigating mental health within and between generations by constructing a linked family e-cohort from routinely-collected data sources. 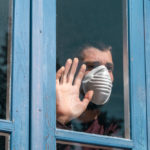 As the COVID-19 lockdown enters its second week in the UK, Matthew Iveson and Andrew McIntosh consider the psychological impact of quarantine and how to reduce it.