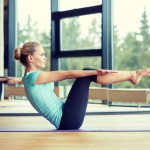 Pilates has been around since 1920, and now people finally seem to be catching on to it! It might have taken almost 100 years to happen, but it seems a lot more patients and physiotherapists are talking about it.

So, the burning question – does it help one of our most commonly seen conditions: chronic, non-specific low back pain (CLBP)? This new systematic review examined the literature to determine the effectiveness of Pilates exercises on pain and disability on CLBP.

The methodological quality of the studies were rated (PRISMA) by two independent investigators, with a third reviewer available to provide consensus in areas of disagreement.

Nine review papers were included within this systematic review. Four reached no firm conclusion while five reported Pilates exercise was effective in reducing pain. None reported the Pilates method to be inferior to any other exercise regime and results from individual studies show some promise:

The consensus in the field suggests that Pilates method is more effective than minimal physical exercise intervention in reducing pain. 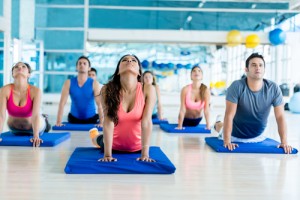 The Pilates method is more effective than minimal physical exercise intervention in reducing pain but further studies are needed to understand the short and long term effects .

However, due to variance in methodology, populations, interventions and outcome measures, further studies are needed to better understand the short and long term effects of Pilates exercise in CLBP.

The authors conducted a comprehensive search of the literature, but CINAHL was not included in their search. Only studies published in English were included, and whilst practical, may have introduced bias. In the majority of the studies, population demographics or specifics of interventions were not reported, which unfortunately affects the extent to which the results can be applied clinically, unless the reader locates the original articles themselves.