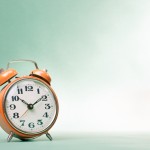 This new Mental Elf website comes with one of the best search features I have come across. Having been tasked with blogging once again about the effectiveness of psychodynamic therapy (PDT), I thought I’d investigate what we elves had previously reported on. Searching our site reveals 27 hits for “psychodynamic” with 24 of these relating to “psychodynamic (psycho)therapy” and 10 reported on “systematic reviews”.

So what had we elves found? Well basically each previous blog identified overlapping limitations of the studies under review: the heterogeneous nature of the data/studies available; the lack of high quality data available to assess efficacy; the poor definition of PDT. Each and every study concluded that more research was needed and that studies needed to be better defined.

Peter Fonagy (from University College London) has published a “special article” in World Psychiatry which re-evaluates and updates the question of how effective psychodynamic psychotherapies? Would this shed more light on this important clinical question? 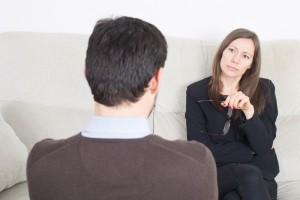 Psychodynamic therapy draws on theories and practices of analytical psychology and psychoanalysis.

This study used a “pragmatic “ approach to conduct a “comprehensive review” of outcome studies and meta-analyses of PDT in the treatment of depression, anxiety, somatic problems, drug dependence, psychosis and personality disorders. The study prioritised individual studies which included at least 50 individuals per arm, comparing efficacy to “inactive controls”. The study used a relaxed definition of PDT, adopting self-declared allegiances for inclusion purposes. In addition, the review “ignores questions of mechanism and treatment process.” The computer literature search of all “major databases” is not defined in the review, but is “available on request from the author”.

This then is a narrative review rather than an in-depth meta-analysis. For that reason I am not going to be quoting (reams of) statistical data in the following blog!

This review looked at short-term PDT, long-term PDT and meta-analysis studies in the treatment of depression and concluded that:

On the whole evidence supports the use of PDT in the treatment of depression.

It is also able to suggest that PDT is not necessarily inferior to CBT and that no specific type of PDT is superior. Early evidence also suggests that internet applications of PDT yield promising outcomes.

Apparently, few studies have looked at the efficacy of PDT in the treatment of anxiety making it difficult to make any real conclusions. This current review does suggest that PDT does show some promise in the treatment of certain anxiety disorders (social anxiety, generalised anxiety and panic disorders) but not others (PTSD).

This current review comments that the evidence base for PDT in somatoform disorders is “robust”, but cautions that no meta-analytical summaries are available to support this claim.

As regular readers of Mental Elf blogs will be well aware, there has been much written about the application of psychotherapies in the treatment of psychosis in recent months. Fonagy in his current review suggests that the supporting evidence is limited for PDT, but that the initial benefits reported are not maintained longer term.

Efficacy of PDT in the treatment of (borderline) personality disorders is summarised as being robust, with the proviso that the treatment needs to be: structured; focused on developing agency; integrative of feelings and actions; active and validating; and incorporates supervision. 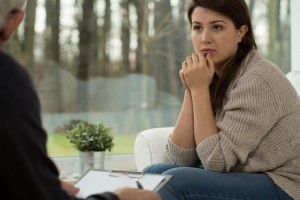 This review concludes that psychodynamic therapy is effective for depression, some anxiety disorders, eating disorders and somatic disorders.

“What can we conclude about the efficacy of PDT?” states Fonagy at the outset of his review discussion. He then makes the following “well grounded” remarks:

Treatment approaches generated from PDT principles appear to benefit individuals who present with depression, some forms of anxiety, eating disorders and somatic problems.

There is little evidence to suggest that PDT is superior to other therapeutic approaches.

Furthermore he goes on to suggest, most convincingly, the need for manualised interventions tailored to the needs of the individual. Crucially the review also challenges some current thoughts on clinical trials investigating the efficacy of psychotherapies:

If the field is to advance, we have to do more than talk about the global effectiveness of a heterogeneous category of approaches, such as PDT, in relation to a heterogeneous group of patients, such as those who experience depression…There have been some attempts to match particular presentations to specific PDT techniques. However, there is considerably more to be achieved by “playful” experimentation, probably driven by advances in bioscience and computational psychiatry.

This being a narrative review makes it somewhat more challenging to be more critical than the author. He rightly identifies limitations of both his own study and those of the studies he is reviewing. Big gaps exist in this field and these are to be expected when trying to piece together evidence on a therapy that is ill defined. PDT really is at best an umbrella term.

I for one agree with Peter Fonagy’s closing comments; we need to be more innovative, creative and playful in this field of research. 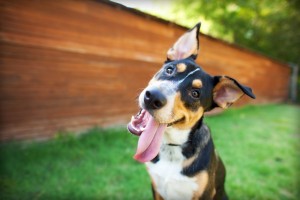