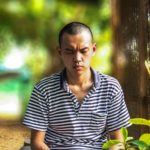 The past five years have seen a surge of interest in mindfulness-based psychological therapies, as any regular Mental Elf reader will be aware! As part of such therapies, people are often expected to incorporate mindfulness techniques into their day-to-day lives and spend time in between therapeutic sessions practicing mindfulness exercises such as guided meditation. We’ve all had it drilled in to us that practice makes perfect, so can these additional home exercises actually help improve our health when receiving mindfulness-based therapy?

To try and start picking away at this question, Parson and colleagues conducted a systematic review of studies investigating the impact of mindfulness-based cognitive therapy (MBCT) and mindfulness-based stress reduction (MBSR) on various health outcomes: 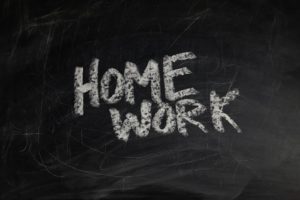 Do you do all of the mindfulness homework set by your teacher?

The authors searched just two electronic databases for relevant studies: Scopus and Medline. Searching a wider range of databases may have found more trials to include in this review.

A random effects meta-analysis was used to estimate the amount of mindfulness home practice undertaken by participants across studies. For the association between home practice and intervention outcome, it wasn’t clear how estimates were meta-analysed, however the authors extracted standardised regression coefficients, converted reported Spearman’s rho to Pearson’s r, or for non-significant associations they estimated correlation coefficients from the study sample size and a p-value of 0.05. A meta-regression was conducted to explore whether the strength of the association between home practice and outcome differed according to the mean amount of practice time.

Heterogeneity was investigated using the I2 statistic and the reviewers conducted a visual examination of forest plots.

Overall, 49 studies reporting on standard mindfulness home practice were identified. Of these, 28 studies also reported the association between home practice and intervention outcomes.

Most of the studies were RCTs (n=28), included clinical populations (n=41) and reported on MBSR groups (n=34). The most common study populations were people with depression/anxiety (n=10), cancer (n=5) and insomnia (n=4), and most of the primary outcome measures concerned psychological functioning (depression, anxiety, stress; n=33).

The combined estimate of participants’ home practice was 64% (95% CI, 60% to 69%) of the assigned time, which approximately equates to 29 minutes practice per day. There was, however, significant heterogeneity in this finding (I2=89%).

Following a series of sub-group analyses, the authors found no significant differences between the following groups, and were thus unable to explain the observed heterogeneity:

Sensitivity analyses restricting studies to RCTs with a low risk of bias and excluding studies with small sample sizes did not significantly alter the estimate, and heterogeneity remained high (I2>90%).

As with the primary outcome, there was no evidence of a difference between the following subgroups: clinical groups, type of outcome and study design. When restricting the analysis to RCTs, the authors found a similar result to the initial analysis (r=0.26, 95% CI 0.14 to 0.38, p<0.0001).

A total of 10 studies reported reduced home practice times, of which 3 also reported associations between home practice and study outcomes. Most of these studies were RCTs (n=6) and all of them reported on MBSR participants. On average, participants were required to practice mindfulness tasks at home for 180 minutes a week, equating to 30 minutes per day, 6 days per week, or 45 mins per day, 5 days a week.

The combined estimate of participants’ home practice was 83.86% (95% CI, 67.78% to 99.94%) of the required amount, which equates to approximately 151 minutes per week. As with the standard practice group, there was significant heterogeneity in this estimate (I2=87.89%).

Of these 10 studies, 7 did not report associations between home practice and intervention outcomes. Of those that did, no significant associations were found.

The authors had three main conclusions:

The available evidence suggests that in standard format MBCT and MBSR participants complete about 60% of assigned formal home practice, where it is recorded and reported. This equates to around 30 minutes per day, six days a week and represents a substantial time commitment, albeit less than suggested in standard intervention formats (Kabat-Zinn, 2013; Segal, et al., 2013).

We found no evidence for significant differences in practice completion across clinical and nonclinical participant groups nor between studies targeting psychological and physical health outcomes.

Overall, this was a well conducted review. Inclusion criteria were clear, two independent reviewers screened identified studies as well as conducting an assessment of study quality, authors were contacted where data were missing and the characteristics of included studies were clearly presented.

The main limitations to this review lie in the quality of included studies. Across the RCTs, only 17% reported adequately concealing group allocation and only 51% reported appropriate blinding of outcome assessors. Additionally, 24% of studies did not report on the number of drop-outs. It needs to be noted, however, that the Cochrane Risk of Bias tool (used in this review for the assessment of study quality) was designed for RCTs. The point of an RCT is to investigate between-group changes following an intervention, so the tool looks to assess whether bias is likely to have resulted in an over-estimation (or under-estimation) of between groups intervention effects.

However, in this review, the authors were interested in within-group changes; so whether home practice time was associated with an improvement in outcomes only for the group who received the intervention. When discussing study limitations, it is therefore more important to consider whether we can trust participants’ self-reports of home practice, and whether significant associations between practice time and outcomes were more likely to be published. Interestingly, there was evidence of publication bias for studies which reported on the quantity of home practice, but not for studies describing the association of home practice and outcomes. In their limitations, the authors suggested that retrospective reports of home practice may not be reliable and that participants are likely to over-estimate time spent practicing. They also noted that most studies reporting on MBCT and MBSR do not report home practice times.

Whilst this review was well conducted, it does not draw any clear conclusions. There was a great variability in the length of time participants reported practicing mindfulness across studies which reduces our confidence in the reported estimate of 64% of the required amount. What’s more, this variation could not be explained by any of the sub-group analyses the authors conducted, so it requires some further thought.

As one would expect, there is a suggestion that mindfulness home practice may have a small but positive effect on treatment outcomes, however the strength of this association was not found to depend on the length of time people spent practicing. Going forward, what is really needed is for more studies to record and report on home practice, and for the methods of such recording to be more accurate. Mobile apps or an online delivery of home practice could be possible ways of improving the reliability of recording. 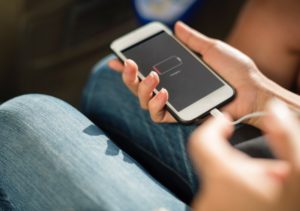 Mobile apps or an online delivery of home practice could be possible ways of improving the reliability of mindfulness home practice recording.