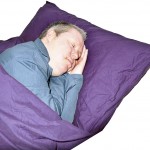 This review of the literature searched Medline and PsychInfo to find clinical trials and case reports which were published between 1975 and 2009, focusing on pharmacological interventions for sleep disturbance in children with developmental disabilities.

They suggest that studies of melatonin show this to be the most widely assessed and safest choice for children with developmental disabilities. They also found studies that suggest trazodone, mirtazapine, and ramelteon might hold promise, but that at this stage there is insufficient evidence and further studies are needed.
The authors also point out that they found continued use of diphenhydramine despite a lack of evidence showing its effectiveness.

They call for well-controlled studies which use a range of outcome measures including objective measures and subjective reporting of sleep quality in order to improve the evidence base for paediatric sleep medicines.

Pharmacological treatment of sleep disturbance in developmental disabilities: A review of the literature, Hollway J & Aman M in Research in Developmental Disabilities, 32, 3, 939-962