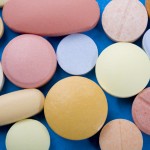 NICE Guideline 64 does not recommend the routine use of antibiotic prophylaxis in invasive dental procedures to prevent infective carditis.  Their guideline states that patients should only be offered it if the procedure is at a site where there is already a suspected infection.

This guidance caused some difficulties for dentists, as reported in the British Dental Journal in July.  The conclusion was that dentists need to understand the evidence behind this recommendation to help them explain it to patients.

An observational study in the British Medical Journal has found no evidence of an increase in infective carditis since the reduction of routine antibiotic prophylaxis.

There is still a need for rigorous studies to identify the role of prophylaxis in patients at high risk of developing infective carditis.

Last reply was February 8, 2012
Try out our members features!