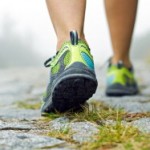 It is by no means difficult to find information promoting the benefits of exercise; weight loss, better sleep, improved physical health and improved mental health, just to name a few.

Research suggests that exercise can reduce feelings of depression, anxiety and stress and improve psychological well-being in the general population. There has also been talk of exercise therapy for people with mental health problems in the woodland, with elves sharing findings on the effects of exercise for depression and anxiety.

When it comes to people with severe mental health problems however, the evidence is a bit more challenging to find, despite NICE recommending that:

People with psychosis or schizophrenia, especially those taking antipsychotics, should be offered a combined healthy eating and physical activity programme by their mental healthcare provider.

People with serious mental health problems have higher levels of mortality and a shorter life expectancy than the general population, and although genetics may play a role, so may lifestyle factors including obesity and low levels of physical activity (Pearsall et al 2014). It would make sense to think then that exercise for severe mental illness might be a good thing. In a recent review Pearsall et al (2014) aimed to find out whether exercise programmes were able to: Exercise for severe mental illness. Is there evidence to recommend it?

The authors searched a good range of electronic databases and hand-searched journals, books and bulletins for randomised controlled trials. They assessed 216 full text articles but only 8 met their inclusion criteria. The main reason for exclusion was that the study was not randomised (n=180). The participants in the included studies were recruited from a mixture of inpatient and community settings and the majority were in the age group of 30-40 years. Different exercise therapies were tested; including walking (n=3), a combination of aerobic and cardiovascular exercises (n=4) and cycling (n=1). The therapies also varied in frequency (2 to 4 times per week) and duration (10 to 24 weeks). Exercise improves the mental health of the general population, but not of those with severe mental illness

The authors of the review concluded that:

Exercise programmes can lead to an improvement in exercise activity but had no significant effect on symptoms of mental health or body weight. However, it is clear that further research is needed with studies of larger size using comparable interventions and outcome measures.

The conclusion doesn’t seem too promising, and not on par with evidence for exercise in the general population. Perhaps the activities tested were insufficiently intense or too short, although there appear to be no clear guidelines on what would be sufficient. Perhaps the lack of standardisation in interventions, settings and outcomes across studies limits the reliability of the results. Or maybe exercise is less effective for this client group. A number of possible explanations exist, and as the authors conclude, more research is needed.

However, whilst RCTs are the gold standard and often the only acceptable studies for review, a huge number of studies were excluded based on the fact that they were not randomised. It seems a shame to ignore the work of so many, and whilst these studies would not allow us to say “yes… this causes this” with any degree of certainty, perhaps non-randomised studies with a bit of external validity could shed a little bit of light on an area, where there is little else to look at? Should we be looking at non-randomised studies or simply calling for further RCTs in this area?

Psychosis and schizophrenia in adults: treatment and management. NICE guideline 178, 2014.