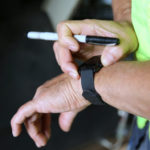 Facebook might be a different site if it was only for people over the age of 65 years with depression. Older adults with depression have fewer intimate relationships, smaller social networks, reduced social participation, and are less active within their families, but with more familial arguments and more marital problems than older adults without depression. Maybe Facebook wouldn’t be so different after all.

Conversely, good social relationships have been shown to be protective against depressive symptoms in older adults and can be a good prognostic sign for treatment. So far, just like younger adults with depression, it’s starting to look like older people are still people.

Assessment of social functioning usually involves asking people to evaluate themselves using questionnaires. This will involve recall over a set time or repeated assessments in real-time, like a sort of introspective Jack Bauer. As such, people have to accurately remember their lives, a process which may be hampered by the problems with memory that can be associated with depression and, in some cases, with ageing. Add this to mood-congruent bias, whereby people with depression remember negative events more readily than do people without depression, and using self-report measures alone doesn’t seem like the best idea.

Data from wearable technology may help solve this. If people could wear small data-collection devices (wristwatch, belt-mounted device, science hat) then objective information could be collected for the assessment of social functioning. This then wouldn’t be subject to self-report bias and would allow more reliable research examining social functioning in older adults with depression. Is this possible? A literature review was conducted to find out. 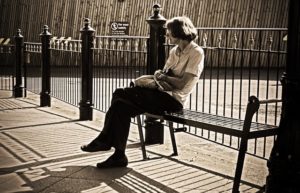 A systematic literature search of the Web of Science and PubMed databases was conducted using relevant search terms. The time frame for this search was from the start of the databases until the end of 2015. The reference lists of any identified papers were also searched for potentially relevant literature. Appropriate identified papers were read and the authors thought about them and wrote down what they thought.

It was noted that it is possible to record a person’s conversation (how long and/or how often), including how much talking the person actually contributes relative to others while maintaining privacy. Garbled speech can be recorded to maintain data regarding tone, pitch, frequency etc., but without including the words used. Like how you’d check the social functioning of the Clangers.

However, currently, the study of wearable technology to assess social functioning in people with mental health issues is limited, and has mainly focused on mood monitoring:

However, studies of speech data to measure social functioning in older adults with depression have not yet been carried out, or at least are not available through literature searches. This makes it difficult to include them in a review.

There is one study that demonstrated that wearable technology may be acceptable to older adults with depression, with a high level of compliance in this population (92.2% compliance). 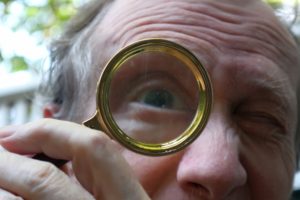 This review did not identify any studies using speech data to measure social functioning in older adults with depression. Are you aware of any?

The ability to obtain direct, objective measures of social functioning in older adults with depression alongside self-report measures would represent a signiﬁcant improvement in assessment tools available compared with using self-reports alone.

The use of wearable technology, such as accelerometers and mobile phones, offers such a promising new ability, speciﬁcally, the use of multi-modal (movement and speech) data.

The authors found and read some studies, which is fine. It is assumed that the authors did make some assessment as to the quality of the studies included. Potentially a big assumption. If no assessment was made and bad studies were included, then the conclusions of any analysis are suspect. It can be seen though, that studies of wearable technology, particularly relating to mental health, tended to be small. This will limit the extent to which any finding can be generalised to the relevant larger populations.

There wasn’t much emphasis given to how wearable the wearable technology was. Compliance in one study was reasonably high, but these would have been people who’d agreed to be in a study and were therefore predisposed to say that being in a study and wearing technology was fine. Having said that, it’s difficult to know how to assess the comfort of technology in people who don’t want to wear it. It’s ethically dubious to force people to wear robotic spy hats. Apparently.

You’d probably have to look to the individual studies more, but there wasn’t much discussion into how expensive or time-intensive the wearable technology was. For example, are the data automatically analysed to provide a ready-made interpretation of social functioning, or does it require a long period of interpretation by experts. The latter is clearly not ideal if the wearable technology is to be useful at a population level. However, this may not be a fair criticism given that the authors mention that more research and development is needed. As a great philosopher who ruined his crops to build a sports field for ghosts once nearly said, “Continue to develop wearable technology, and the ability to use it easily in the population of older adults with depression will come.” 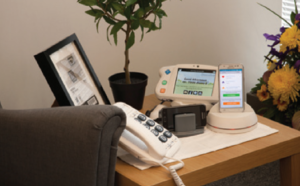 The THIM for Dementia project is an example of how technology can be used to remotely monitor the health and wellbeing of older people.

Wearable technology for assessing social functioning in older adults might be useful one day. It isn’t yet. More research!