Home » Posts » Treatment » CBT » RCT shows CBT is more effective than psychoanalytic psychotherapy for treating bulimia nervosa, but that’s only half the story 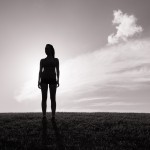 I had actually heard about this Danish study, published recently by Poulsen et al. (2014) in the American Journal of Psychiatry, before it landed in my inbox. The findings are interesting because they highlight the debate surrounding the comparative efficacy of psychological treatments. What is most striking though, is how the study itself challenges the role of research bias. I shall return to these points later.

Bulimia Nervosa (BN) is an eating disorder characterised by distortions in one’s body image, particularly relating to shape and weight. These distortions lead to episodes of binge eating (typified by a loss of control) and subsequent compensatory purging of food to prevent weight gain.

Approximately 80% of those with BN are women, with up to 1% of young women experiencing BN (Hay & Claudino, 2010). However, under-reporting is an issue, particularly in men. Co-morbid psychological difficulties are common, including depression, anxiety, impulse control and substance misuse disorders.

The evidence for enhanced CBT for eating disorders is well-known (see Shapiro et al, 2007). As a result, the National Institute of Health and Care Excellence (NICE) recommends CBT for all eating disorders, including BN (NICE, 2004). However, as the authors proposed, the large evidence-base for CBT may be influencing the debate, with a lack of research into alternatives. It’s estimated that 1% of young women have bulimia

A specific two-year psychoanalytic psychotherapy (PP) manualised programme for BN was developed by the main authors (Lunn & Poulsen, 2012). It assumes that bulimic symptoms are the result of difficulty in acknowledging inner feelings and affective states. The treatment therefore aims to increase reflection on, and tolerance of, these states.

In this study, the comparison treatment was an ‘enhanced’, 20 session CBT programme for eating disorders (Fairburn, 2008), which focused on engagement, modifying cognitions relating to shape and weight, and general eating disorder pathology.

Before reviewing the study, it is important to highlight some areas for which the authors are to be commended.

Firstly the primary finding, that CBT is more efficacious than PP in symptom reduction for BN, is one that frankly the first authors would not have been hoping for, or indeed predicted (according to their hypothesis, which predicted greater improvements in the PP condition). As they developed of the psychoanalytic intervention evaluated in the study, the result is all the more surprising, where often researcher bias influences the outcomes. What is more, they published the results.

Secondly, by seeking input from a world-leading expert on CBT for eating disorders (and developer of the CBT intervention), the lead authors have made significant attempts to reduce any discrepancy in competency between the two interventions. You can read more about this in the accompanying AMJ Editorial.

But praise aside, on with reviewing the study: A randomised controlled trial was conducted in which participants (n=70) were randomly allocated to receive either two years of weekly PP or 20 sessions of CBT delivered over five months.

A randomisation block design was used, with a 1:1 allocation ratio. The strata were the diagnosis of eating disorder and the need for ongoing psychopharmacological treatment. Randomisation was conducted using sequentially numbered envelopes by an independent researcher.

Cessation of binge eating and purging

Although both treatments resulted in improvements at five months (defined as reporting no binge eating or purging over previous 28 days), this was significantly greater in the CBT arm, where 42% of patients improved, compared with 6% for PP (odds ratio=13.40; 95% CI=2.45 to 73.42; p<0.01).

Although both treatments showed improvements, the authors observed:

What is more, improvement occurred more rapidly in the briefer intervention (CBT) and the long term outcomes were still comparable with two years of PP.

A likely explanation for this difference is the symptom-focused nature of CBT. As the authors explained:

Well, firstly, there is the lack of control group, meaning that crucially, we are unable to compare the two interventions against treatment as usual.

Secondly, due to small sample size, the study was underpowered, meaning the findings are vulnerable to type 2 error.

This was also a single-site study (university outpatient clinic), so there is a possibility of site effects.

Drop-out was also an issue. It is perhaps unsurprising that the lengthy PP arm suffered a high drop-out rate (29.4%). The CBT arm experiencing fewer, but still considerable drop-outs (22.2%). Although modified intention to treat analyses were used, attrition bias must be considered.

Finally, the vast proportion (98.6%) of participants were female, meaning we are unable to conclude as to treatment efficacy for males.

A quick note on the dodo

Fellow Mental Elf blogger Andrew Shepherd recently reviewed the Dodo Bird Verdict (that all psychological therapies are created equal) in the context of recent findings in CBT for psychosis, which, at least according to NICE, emerged victorious.

The debate rages on. But this study appears to suggest that, in treating BN, the dodo was wrong – perhaps not all therapies are created equal. Professor Daniel Freeman of the University of Oxford expands on this argument in this blog for the Guardian.

The approach taken by the lead authors is certainly commendable. However, the large drop-out rate, modest sample size and underpowered nature of the study must be considered, as these have implications on the validity of the findings. Nevertheless, the results provide further fuel to the debate on how various psychotherapies compare, with CBT emerging in this case as a clear winner.