Home » Posts » Treatment » CBT » Pilot study suggests that CBT may be a viable alternative to antipsychotics for people with schizophrenia, or does it? 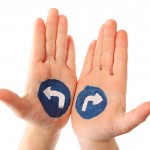 People with schizophrenia stop taking their antipsychotics for a wide range of reasons (e.g. debilitating side effects or a belief that they will not help them), but when they do health professionals often find it extremely difficult to care for these patients, because the alternative treatment options available to them are very limited.

Of course, patients not taking antipsychotics often disappear from mental health services because they are not engaged in treatment and sometimes live in fear of being sectioned and forced to restart their medication.

We know from the biggest trial to date comparing antipsychotics, that as many as three quarters of patients with schizophrenia discontinued their drugs over 18 months (Lieberman et al, 2005), so this is a widespread problem and alternative treatments are badly needed.

To date, the research looking at combining antipsychotics with CBT for schizophrenia has brought back mixed results.  At least one meta-analysis supports the idea that the two treatments can work safely and effectively alongside each other, whilst various other reviews and analyses are less encouraging.

A new trial published today in The Lancet offers a chink of light for people with schizophrenia who do not take antipsychotics as (according to Oliver Howes who has written an attached commentary) it provides:

proof of concept that cognitive therapy is an alternative to antipsychotic treatment.

The research team led by Prof Anthony Morrison from the University of Manchester conducted a single-blind, pilot randomised trial that recruited people with schizophrenia who had decided not to take antipsychotics.

74 people were randomised to one of two groups:

Data were analysed according to a predetermined plan which meant that investigators could not ‘cherry pick’ good outcomes in favour of their treatment; all amendments to the study plan were documented in the report; assessments of outcome were taken by assessors who did not know which therapy participants were receiving (rater blindness).

Patients could not be blinded in this study. Indeed, it’s worth noting that there are many factors that make this trial very difficult to carry out, but overall the authors should be commended for publishing a well conducted piece of research.

The trial reports that: Can we be sure that the trial results represent more than just natural fluctuation?

The lead researchers summarised their findings quite simply by concluding that:

Cognitive therapy significantly reduced psychiatric symptoms and seems to be a safe and acceptable alternative for people with schizophrenia spectrum disorders who have chosen not to take antipsychotic drugs.

One of our most interesting findings was that when given the option, most patients were agreeable to trying cognitive therapy. If someone is on antipsychotics they should not just suddenly stop taking them as there is a major risk of relapse. Medical advice should always be sought if you are considering stopping your medication.

The Mental Elf team believes that this is an overstatement of the evidence as reported in this article, for the reasons set out below.

Clearly, there is a risk of bias in these results and they need to be replicated in a bigger trial before changes are made in clinical practice. Professor Morrison and colleagues are about to commence such a study in Manchester to compare cognitive therapy alone with antipsychotic medication alone and with a combined treatment in people with schizophrenia spectrum disorders.

Moreover, perhaps the next study should be conducted by another research group? After all, the authors of this study are the top cognitive therapists for psychosis in the country, who have published extensively on the subject.  It might also be sensible to compare CBT with other, more diverse approaches such as social support, nurse visits or education in any future studies. Surely we would then be better placed to know the true value of CBT for this population? 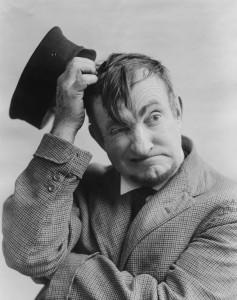 Comments from experts in the field

As you would expect, this new RCT has generated a great deal of interest from the mental health community.

Prof Shitij Kapur, Professor of Schizophrenia, Imaging and Therapeutics, and Head of School at the Institute of Psychiatry, King’s College London, said:

This approach is certainly worth exploring further. This is especially so because we are realising that long-term antipsychotic treatment may cause receptor changes that make it difficult to stop the drugs, and consequently psychiatrists may become more cautious about the long-term prescription of antipsychotics.

This study by Morrison and colleagues provides novel insights, but not necessarily those alluded to by the authors. Crucially, the symptom change they attribute to CBT is no greater than the level of ‘natural’ symptom  fluctuation observable in the controls (e.g. between baseline and 9 months) – so it’s quite possible that what Morrison et al are documenting is simply the ‘natural fluctuation’ of symptoms that occurs in unmedicated patients and nothing at all to do with CBT.

Thanks to my colleagues who contributed to this blog. It’s been very much a group effort with key contributions from Clive Adams, Douglas Badenoch, Alex Langford, Keith Laws, Kirsten Lawson, Chris Pell, Andrew Watson and Stephen Wood.