Home » Posts » Treatment » CBT » It’s all in the control group: wait-list control may exaggerate apparent efficacy of CBT for depression 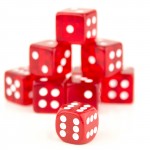 While the necessity of proper control conditions in evaluating the efficacy or effectiveness of psychotherapies, or indeed of any health intervention, is undeniable, what exactly constitutes an appropriate control for an active intervention is far from clear.

The authors used a meta-analytic methodology called network meta-analysis (NMA). While traditional meta-analysis only allows for the possibility of comparing two interventions at a time, network meta-analysis permits the evaluation of the relative efficacy of all the included interventions, by integrating data both from direct head-to-head comparisons, as well as indirect evidence from studies with common comparators. In this way, NMA borrows strength from the entire network of randomised trials.

The studies were included if the primary clinical problem treated was depression, evaluated either by a diagnostic interview of by self-report scales. The authors excluded studies focusing on chronic or treatment-resistant depression, and studies where participants had another concurrent primary diagnosis, whether of a mental or physical disorder. The primary outcome of the meta-analysis consisted of the number of patients who responded to treatment, based on changes on the Hamilton Rating Scale for Depression (HAMD), the Beck Depression Inventory (BDI) or any other validated depression scale, at the end of the acute phase of treatment. Analyses were, in as much as possible, intent-to-treat, meaning that they took into account the total number of randomly assigned participants, irrespective of how the investigators in the original studies analyzed their data.

The authors first examined individual trials grouped in pairwise, head-to-head meta-analysis and subsequently constituted the evidence network for the NMA and looked at its robustness. They evaluated comparative response rates of CBT and the three control conditions, by reporting odds ratios (OR) and corresponding 95% credible intervals of the OR. Briefly put, the odds of an event represents the number of those who experience it divided by those who don’t and it is expressed by a number from zero (the event will never happen) and infinity (the event will definitely happen). The currently available best evidence, analysed by use of NMA, suggested that different control conditions lead to substantively different treatment effect estimates and that WL control may generate bigger effect size estimates for CBT than NT or PP.

They also added that:

In other words, WL could be regarded a nocebo condition if it indeed is inferior to NT, that is, doing nothing.

The authors speculate that participants allocated to WL might be more motivated to remain depressed so they can receive their originally desired treatment (CBT) after the completion of the study period, while those allocated to NT may actively seek alternative treatments. Last reply was November 27, 2015
Try out our members features!