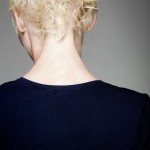 Anorexia nervosa has long been known to have a poor prognosis and few effective treatments are available (Kaplan and Garfinkel, 1999). Research in this area is limited, particularly in regards to evidence-based guidance.  The NICE eating disorders guidance (2004) is in need of an update, although there is a more recently produced care pathway. Other guidance focuses on re-feeding safely, e.g. the MARSIPAN guidance produced by the Royal College of Psychiatrists and Royal College of Physicians (2010 and 2012).

Studies measuring the success of treatment are often of low quality, with small sample sizes and no control group, making data unreliable due to the lack of comparison.

In October last year, the Lancet published a German randomised controlled trial exploring the efficacy of two therapies in outpatients with anorexia nervosa.

In order to meet criteria:

With the exclusion of:

Randomisation was centralised independently with patients being randomly assigned to one of three groups for ten months:

The study stratified randomisation by centre and the duration of anorexia nervosa to six years or less, or more than six years.

Measures were primarily by BMI and secondly by rate of recovery (based on weight gain and eating disorder-specific psychopathology).

Measurements were taken at five points The study managed a huge achievement in the number of participants, even following the dropout rate. All participants increased their BMI, therefore it illustrates interventions and support by a GP can work.

There are some limitations to this study:

How applicable is this study to practice in England?

The study is based in Germany with a different health system, consisting of insurance. Those in optimised treatment as usual, were able to choose the treatment approach and therapist, something that cannot be done under the NHS. Surely, if individuals pick their treatment, they are more likely to engage and recovery rates will be higher?

Psychodynamic therapy within the NHS is rare with it being mostly available in university hospitals, and is not something I have personally come across. The length of treatment makes it expensive, raising further questions of applicability in England.

The recommendation of a combination of support from a GP as well as psychotherapy is similar to NICE (2004) which include cognitive analytical therapy, cognitive behavioural therapy, interpersonal therapy and family therapy. However, ten months of therapy, which was provided in the study, is likely not to be provided for this duration under the NHS.

More research is needed in this area to produce a sound evidence base, with more follow-up to see the effectiveness of therapy in the long run as the authors acknowledge funding limited follow-up. It would be useful to have comparable research for children, although it would be hard to carry out such a study in younger people due to the differing interventions for this population. 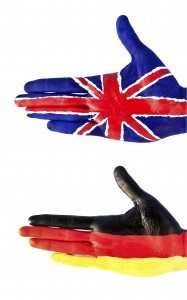 Could the findings of this German research be used in the UK?

Kaplan and Garfinkel (1999) Difficulties in treating patients with eating disorders: a review of patient and clinician variables. Canadian Journal of Psychiatry, 44(7), 665-670. [PubMed abstract]