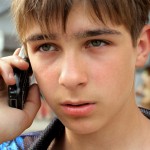 Early intervention services for psychosis are aimed at people aged 14-35 who are experiencing a first episode of psychosis or at risk of doing so. The teams that work in this area usually include psychiatrists, psychologists, community psychiatric nurses, social workers and support workers.

The NICE schizophrenia guideline recommends that early intervention services are offered to everyone experiencing a first episode or presentation of psychosis.

Health Minister Paul Burstow was interviewed about early intervention in psychosis on Radio 4’s All in the Mind and said:

The evidence is pretty compelling that by intervening early you can make a real difference; you can avoid someone being admitted into acute hospital care so this is really a no brainer. It makes sense to invest in early interventions to go back upstream and make sure we prevent these sorts of problems.

The Cochrane systematic review on early intervention for psychosis published in 2011, concluded that:

There is emerging, but as yet inconclusive evidence, to suggest that people in the prodrome of psychosis can be helped by some interventions.

The Cochrane review brings together 18 pioneering trials, which are mostly small and investigate the effectiveness of antipsychotic medication, cognitive behavioural therapy and omega-3 fish oil. These trials show encouraging but inconclusive results and the reviewers highlight the need for larger and longer trials that show maintained improvement in patients.

Researchers from the Netherlands have published a well conducted randomised controlled trial that investigates the effectiveness of a new treatment for people at ultra-high risk of developing psychosis. The therapy, known as CBTuhr, consists of cognitive behavioural therapy that focuses on normalisation and awareness of cognitive biases.

Studies have shown that people at ultra-high risk of psychosis have dopamine super-sensitivity, which can affect reasoning and make them jump to conclusions and act on their impulses. The broad aim of CBTuhr is to teach patients about dopamine sensitivity and help them to become more aware of their poor reasoning. Before acting on their impulses, patients are encouraged to think through other possible explanations and to discuss these with others.

The Dutch trial randomised 201 patients, aged 14-35, who were at risk of developing psychosis. People were treated with one of two treatments:

Outcomes of interest were:

Patients were assessed at 2, 4, 6, 9, 12, 15, and 18 months, and also when the health team felt that the transition to psychosis had probably taken place. An intention to treat analysis was conducted.

Compared with treatment as usual, this new CBT showed a favourable effect on the transition to psychosis and reduction of subclinical psychotic symptoms in subjects at ultra-high risk of developing psychosis.

This trial is not without it’s limitations. The 18-month follow-up is quite short, although the cohort of patients in the trial are being followed-up for 4 years, so it’ll be interesting to see how they fair over that longer period.

The study adds to the growing body of evidence about the best way to care for young people at risk of psychosis, with a novel and innovative treatment. A manual of the protocol used in the trial can be obtained directly from the first author and a book about this treatment approach is currently being prepared for publication.

Core interventions in the treatment and management of schizophrenia in primary and secondary care (CG82). NICE, Mar 2009.