Home » Posts » Treatment » Can we train for resilience to future adversity? 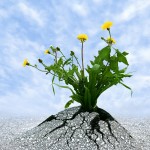 Resilience has been promoted as an important concept in the care and treatment of adults and children who have experienced traumas of various kinds. Macedo and colleagues and others such as Luthar et al (2007) argue that the concept is slippery, with differing definitions and criteria being used to identify ‘resilient’ individuals. There have also been practice criticisms. For example, Canavan (2008) argues there is a danger in focusing exclusively on developing resilience, which could:

blind practitioners to the concrete awfulness that some children and parents face in their lives at an individual level; for example, living in poverty, living in fear of violence or abuse, or enduring chronic illness. (Canavan, 2008: 4)

Other critiques of the concept, which Macedo et al briefly mention perhaps need more attention, as they affect the interpretation of research findings. For example Luthar et al (2000) identify four key criticisms of the use of the concept:

First that it is not stable: people can be more or less resilient given different events and contexts.

Second, there is confusion about whether resilience is a personal trait or a process that operates after experiencing trauma. This confusion leads to questions about whether different studies have measured the same thing.

Third, resilience has many dimensions: for example, children may be performing well at school (academic resilience), after experiencing trauma, but not be resilient emotionally.

Finally, of importance is the difficulty of establishing the degree of risk or trauma that has been experienced by participants. It is therefore important to be clear about which aspects are of interest in a research study, to identify potential different levels of resilience and clarify the kinds of traumas experienced.

Macedo et al claim that their review is the first to focus on adult non-clinical samples, where the intervention was intended

to strengthen the individual against future stressors or adverse situations (p3).

This is a focusing of attention rather than a completely new area, but it does identify a separate and important area of research. The review looked at studies where the intervention was to strengthen the individual against future stressors or adverse situations.

The methods are well described – using a wide range of appropriate search terms in three databases Institute for Scientific information (ISI), PsycINFO and PubMed, in addition to hand searches of relevant journals.

Clear criteria are given for selection of articles, which had to be well founded (Randomised (RCTS) or non-randomised control trials) evaluations, of training programmes designed to increase resilience, to help individuals cope with future stressors.

A wide range of exclusion criteria are given, all of which are sensible. Significantly the review excluded studies where the aim was to strengthen resilience for people who are physically or mentally ill or had experienced traumatic events.

The review analysed in detail 13 studies: seven of which were RCTs, five were non randomised controlled studies and one was an ‘open trial’.

Six out of the seven RCTs, including one that focused on ‘hardiness’, found that the training involved was effective.

Only one of the non-randomised studies found unqualified evidence of effectiveness, the other five found positive effects in some proxy measures but not others.

The samples were varied, including bank staff, university staff and students. Interventions were similarly varied, including mindfulness training and ‘acceptance and commitment therapy’ as well as traditional therapies like cognitive behavioural therapy.

However Macedo et al argue that it is not possible to identify which of these interventions is the most effective, because of the low number of studies involved. Interventions were varied, including mindfulness training and ‘acceptance and commitment therapy’.

Macedo et al conclude that there is some, fragile, but real evidence of the effectiveness of the training programmes studied.

The need for more and better research on these training programmes, including study of potential negative consequences, is a key conclusion of the article.

However, there is also a need to contextualise the practice implications and explore potential dangers of a focus on resilience leading to ignoring genuine distress and failing to address structural inequalities and problems.

A number of methodological weaknesses are mentioned, including a lack of information about whether researchers and participants knew about which interventions were involved (‘blinding’) and limitations with the ways that data was presented. This included not presenting information about outcomes for all original sample members (in other words how many participants dropped out and what happened to them).

No study reported whether participants were undergoing other psychological therapies at the time of the intervention.

Paradoxically, the studies included in the review measured resilience in people who had not experienced trauma.

The studies were said to be limited in their different definitions of resilience and a lack of focus on follow-up data. Macedo et al point to an interesting paradox, although do not explore its paradoxical nature. The paradox is that the studies included in the review measured resilience in people who had not experienced trauma. However, by definition, only those who have experienced trauma can be known to be resilient (or not). Consequently, what have these studies measured? Perhaps it is only in the comparison of results of these kinds of studies with those that include people who have experienced trauma, that increased understanding of the importance of the various interventions can be gained?

Macedo et al argue that most of the studies, did not give enough information for proper interpretation and judgement of the findings. The authors acknowledge that the review was limited by only focusing on three databases, (although these are key ones) and by the tendency for only positive findings to reach publication.

In addition to more and better quantitative research (which Macedo argue is important) qualitative research, aiming to develop understanding of the processes involved, is also needed. Further research must take account of the variability of the concept over time and context and its many different aspects.

Last reply was February 12, 2015
Try out our members features!