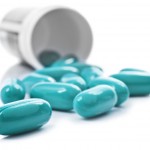 There is a great deal of debate about prescribing antipsychotics to children and young people. Prescription rates of these drugs has risen sharply over the last few years, but there remains only limited evidence about the safety and efficacy of these medicines.

The second-generation antipsychotics (SGAs) have become more popular and this is partly due to their lower risk of extrapyramidal side-effects. However, SGAs have also been associated with serious side effects including weight gain, high lipid levels and the development of type 2 diabetes.

A group of Canadian researchers have systematically reviewed the effectiveness and safety of first- and second-generation antipsychotics for patients aged ≤24 years with psychiatric and behavioural conditions.

They conducted a comprehensive literature search and found 64 trials and 17 cohort studies for inclusion. They reported that the quality of the evidence was poor, with many RCTs suffering from inadequate sequence generation, poor allocation concealment, limited blinding, and incomplete outcome data. More than three-quarters of the trials received funding from the pharmaceutical industry.

This is the first comprehensive review comparing the effectiveness and safety across the range of antipsychotics for children and young adults. The evidence on the comparative benefits and harms of antipsychotics is limited. Some second-generation antipsychotics have a better side effect profile than others. Additional studies using head-to-head comparisons are needed.

Further studies that systematically evaluate the side effects of antipsychotics in children and young people are urgently needed.