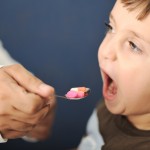 Around 1% of the population have autism. There are a number of treatments available for the condition, including learning and development techniques, as well as medical interventions. However, there is little consensus about which drug treatments are most effective.

A team of researchers from Nashville have recently published two systematic reviews in the Pediatrics journal, which investigate the effectiveness of various drug treatments for children aged 12 years and younger with autism spectrum disorders. The treatments studied include antipsychotics, antidepressants and the hormone therapy secretin.

Both reviews involved systematic literature searching of a range of databases over the last 10 years and independent assessment of which studies to include. Two reviewers independently extracted data from the included studies.

One review found evidence of benefit of risperidone and aripiprazole for challenging and repetitive behaviors, but it also found significant side effects of these drugs.

There was not enough evidence to come to any conclusions about the benefits or harms of serotonin-reuptake inhibitors and stimulant medications.

Although many children with autism spectrum disorders are currently treated with medical interventions, strikingly little evidence exists to support benefit for most treatments. Risperidone and aripiprazole have shown benefit for challenging and repetitive behaviors, but associated adverse effects limit their use to patients with severe impairment or risk of injury.

Secretin has been studied extensively in multiple randomized controlled trials, and there is clear evidence that it lacks benefit. The studies of secretin included in this review uniformly point to a lack of significant impact of secretin in the treatment of autism spectrum disorder symptoms. Given the high strength of evidence for a lack of effectiveness, secretin as a treatment approach for autism spectrum disorders warrants no further study.

Last reply was October 6, 2011
Try out our members features!