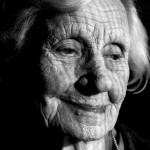 Neuropsychiatric symptoms in dementia are very common (Risco et al., 2015). They can include agitation, wandering, sleeping difficulties, changes in eating patterns, and hallucinations. There are limited treatment options for neuropsychiatric symptoms, but antipsychotics are most often prescribed to reduce symptomatology. A recent European study showed that one third of people with dementia recently admitted into a long-term care facility received antipsychotic medication (de Mauleon et al., 2014). In fact, prescription varied significantly across countries.

The longer-term benefits of antipsychotics are unclear though. That’s because they have been associated with increased cognitive decline, greater occurence of strokes, and death. So, wouldn’t it be better to use non-pharmacological interventions, and focus more on the individual with person-centred care?

In this blog, I am looking at a recent randomised controlled trial by Clive Ballard and colleagues (2015), which investigated the impact of antipsychotic review and nonpharmacological interventions on: 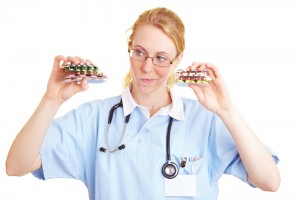 Antipsychotics can help with the neuropsychiatric symptoms of dementia, but they are also associated with a range of serious adverse events.

The team recruited 16 nursing homes across the UK, all of which were rated as adequate or better in the Care Quality Commission register of 2013. Nursing homes were excluded if fewer than 60% of occupants had dementia. In total, 277 people with dementia took part in the study. Nursing homes were randomly assigned to one, or a combination of the three interventions:

All homes received training in person-centred care, which raises the understanding of dementia, how the home can be personalised, and recognising the impact of staff-resident relationships, amongst others.

The intervention was delivered by a trained therapist, and at least two trained staff in each home. The intervention(s) last for 9 months, and the researchers conducting the final assessment were blinded to the intervention group allocation. 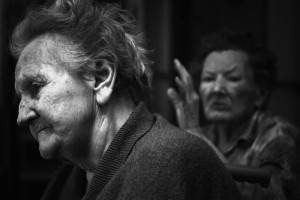 The nursing homes in this study were randomly assigned to one, or a combination of the three interventions, which were delivered over a 9-month period.

For mortality, the most effective intervention was a mix of antipsychotic review and social interaction, which reduced mortality in that group down to 19% (compared to 35% in those who received no intervention). 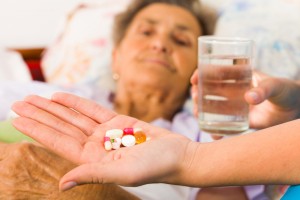 This trial suggests that antipsychotic use can be effectively reduced in nursing homes by using a review protocol.

Because this study is so well thought-through and incorporates many elements for an evidence-based intervention, I struggle finding many limitations with it. I noted when reading through the random allocation of nursing homes into the interventions, that the resident groups who received the individual mixes of interventions might have been on the smaller side. However, the authors did not include any information on the sample sizes of individual groups, and it is unclear how many were included in the analysis for each group.

This is a really substantial randomised controlled trial, that takes into account a complex set of interventions. It is great to see that the trial integrated evidence-based interventions, which were based on existing manuals, such as the Seattle protocol for the exercise intervention. This increases the trial credibility and methodological strength.

According to Dr Anne Corbett, a co-investigator on the study:

This study provides clear evidence for the effectiveness of a cheap, practical set of interventions for reducing antipsychotic medication use by dementia patients in nursing homes.  Current best practice guidelines for the use of antipsychotic drugs indicate that their long-term use needs to be carefully reviewed, but our results demonstrate the critical importance of ensuring that any reduction or stopping of medication is accompanied by non-drug approaches, particularly social interaction.  Reducing the use of these drugs without any other interventions could result in worsening of neuropsychiatric symptoms, which are highly distressing to the person, their carers and loved ones.  These findings should prompt an urgent review of guidelines for the use of antipsychotic drugs, to ensure that review of these medicines are in the best interests of people with dementia.

Overall, the findings of this study are quite compelling if you just look at the reduced mortality rates. If that doesn’t sway a change in practice guidelines, then what outcome of any study will? 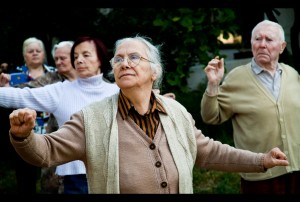 This evidence emphasises that antipsychotic review in people with dementia should be accompanied by a programme of social interaction and activities.