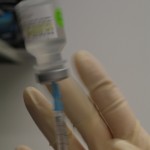 Many people with schizophrenia struggle to regularly take their prescribed antipsychotics, increasing their risk of experiencing a relapse in symptoms.

It has been estimated that approximately 35% of people with schizophrenia will experience difficulty complying with their prescribed antipsychotic regime, and only 25% will be fully compliant after two years (Bishra, 2010).

Long-acting injectable (LAI) antipsychotics are a therapeutic option available for people who find it difficult to adhere to their prescribed medication regime. Paliperidone palmitate is an LAI formulation of the oral antipsychotic paliperidone (an active metabolite of risperidone) which is administered once a month. It has been shown to have comparable efficacy and tolerability with risperidone LAI, and to cause similar side-effects that include extrapyramidal movement disorders and weight gain (Nussbaum 2012).

The period of time between injections has since been extended, and a three month paliperidone palmitate LAI is currently awaiting recommendation from the Committee for Medicinal Products for Human Use. The intention behind developing a longer interval between doses is to provide fewer opportunities for non-adherence and therefore reduce the risk of relapse (Berwaerts 2015). 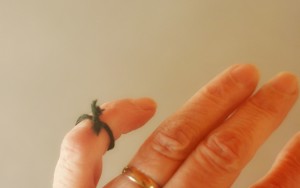 A randomised double-blind study was conducted, divided into four phases:

If a participant met this definition of clinically stable they proceeded onto the next phase.

The primary outcome was the percentage of participants who remained relapse free at the end of the double-blind phase. Participants had relapsed if they experienced one or more of the following:

The secondary outcomes monitored included the change from the double-blind baseline to endpoint scores for PANSS total and subscales, CGI-S, marder factor and personal and social performance scores.

To determine the safety of PP3M any treatment emergent adverse events were monitored, including:

The percentage of participants experiencing relapse:

Using Kapler-Meier estimates the percentage of patients between treatment groups remaining relapse free was larger than the pre specified non-inferiority margin of -15%.

The most common reasons for relapse were participants experiencing an increase ≥25% total PANSS score (5% for both groups) and psychiatric hospitalisation (3% for PP3M and 4% for PP1M).

Over half of all participants showed symptomatic remission in the last six months of the double-blind phase (PP3M: 58%; PP1M: 59%).

The most common adverse events included:

Six deaths occurred during this study: 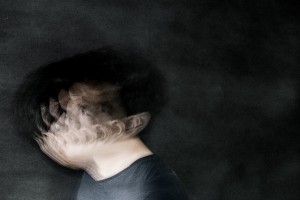 The efficacy (determined by percentage of patients who remained relapse free) of PP3M is non-inferior to that of PP1M….PP3M can be seen to complement the treatment options for relapse prevention in schizophrenia.

The authors noted that the opportunity to adjust the dose of PP3M was limited during the trial and the involvement of participants proven to be responsive to and able to tolerate paliperidone may have affected the completion and relapse rates.

It should be noted that this study was funded by Janssen who manufacture both PP1M and PP3M.

This study compared the new PP3M drug against PP1M, and determined that it isn’t inferior in regards to the percentage of participants who remained relapse free (the results monitoring secondary outcomes were also similar for these two drugs). The results show that PP3M is no better/worse than PP1M in treating the symptoms of schizophrenia, but it’s important to note that this study does not demonstrate that PP3M is a superior treatment option.

Neither PP3M nor PP1M offer a solution to the typical side-effects experienced by people taking antipsychotics, which were experienced by 68% of the participants receiving PP3M. No new safety signals may have emerged during this study, but no relief from the unpleasant side-effects has been provided either. It must also be highlighted that six people died during this study, including three people receiving PP3M (one death due to suicide and a second from self-inflicted injury).

The Janssen press release for the paliperidone palmitate 3-month formulation suggests it will help people with schizophrenia as ‘it would enable them to focus on getting back to normal life with a much lower burden of medication.’ The study authors hope that a three month LAI will help to facilitate access to antipsychotics and reduce the risk of non-compliance and subsequent relapse by reducing the frequency of administration to four times a year. It may also allow clinicians to have more time to intervene prior to relapse and to focus on additional treatment options (for example psychosocial therapies) to complement the benefits of taking this antipsychotic. 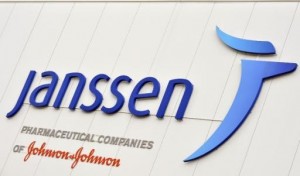 This study was funded by Janssen who manufacture the long-acting injectable formulations of Paliperidone palmitate.