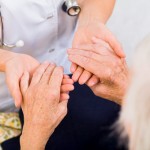 There seem to be strong links between quality of care and staff satisfaction. Whether satisfied staff actually deliver better quality care or whether greater staff satisfaction simply reflects better quality care is open to debate (Pinder et al. 2013). Whichever it is, the latest state of care report from the regulator for health and adult social care in England, the Care Quality Commission, makes it clear that:

The outstanding services that we see have a culture of care that both puts the views and wishes of each person at the centre of their care, and supports staff to deliver that care. (Care Quality Commission 2015, p57)

The Alzheimer’s Society (2013) estimates that 80 per cent of people living in care homes have dementia or severe memory problems so it is essential that workers (and indeed workers in almost every adult social care setting) have the skills and experience to provide the right support to people living with dementia.

Being happy at work appears to lead to positive outcomes for residents by leading to better quality care and decreased turnover. However, much of this literature is based on research from North America where the context for care is dfferent (Manthorpe 2014). Furthermore, much of this research is quantitative and uses standardised measures (a list of pre-tested questions), rather than seeking to convey the opinions of workers themselves.

By contrast, this small scale qualitative study derived from interviews with care workers in what the authors describe as ‘British residential and nursing homes’ aims to convey their daily experiences and the relationships they establish with those they are supporting (Talbot and Brewer, 2015). 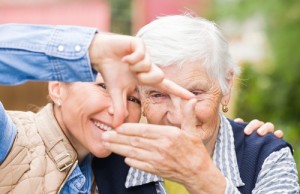 This study looks at the experiences of residential care workers who work with people with dementia.

The study data are based on interviews with eight care workers recruited through a mixture of purposive and snowball sampling.

Purposive (sometimes called purposeful) sampling is one of the main ways in which qualitative researchers recruit participants. There are many types of purposive sampling (Palinkas et al. 2015) but in this study participants had to have had at least six months experience of working with people with dementia and be employed at least 18 hours per week in a direct care role. This ensured that they would be familiar with the interview topics.

Snowball sampling is a way of increasing the number of study participants by asking those who have already been recruited if they could pass on the researchers’ contact details to anyone else they knew who fitted the study criteria.

The researchers ended up interviewing seven women and one man. Their ages ranged from 21-42. They had been in their current post from 1.5-5 years. They worked a range of shifts, including nights. While three of the participants had family experience of dementia, none had worked with people with dementia in a professional capacity before taking up their current post.

The study was undertaken using interpretative phenomenological analysis (IPA) (Smith et al. 2009) which aims to explore how participants make sense of their personal and social world in detail. It is much more concerned with individuals’ interpretation of events than with establishing an objective ‘truth’.

A detailed process of analysing and re-checking analyses between the researchers was undertaken in order to ensure the trustworthiness of their findings. 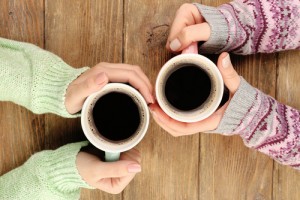 The researchers spoke to eight care workers about their job and their relationships with the people they support.

Four key themes emerged from the analysis. These were the:

Participants frequently mentioned the demanding nature of their work and the risks of burnout. At the same time, they saw their work as more than ‘just a job’ and regarded their relationships with residents as a huge plus.

However, competing commitments, such as ‘paperwork’ and the struggle to provide all the assistance that people with dementia needed within the time they were allocated created role conflicts. They were conscious of their own lack of training in dementia care and that of others. Many considered that the organisational culture in which they worked was not conducive to good care.

The study concluded that participants were strongly committed to establishing relationships with people with dementia and were anxious to emphasise residents’ unique qualities and characteristics.

However, organisational barriers such as staffing levels and competing priorities within the care home meant that care was still often very task centred. 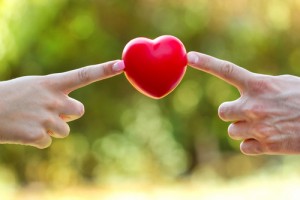 Most of the care workers found work very demanding but regarded the relationships with the people in the care home as ‘a huge plus’.

The IPA approach selected by the researchers is particularly suited to this type of study and it makes a welcome change to hear the voice of care workers themselves. The authors recognise the limitations created by their small sample size (n=8) and the lack of perspective from men working in this sector.

However, I would have liked to have known the total number of homes from which participants were recruited, especially as we know that organisational culture can play an important part in determining what sort of care is provided. More importantly, it is reported that the interviews took place by telephone and face to face in the researchers’ workplace.

While there is now greater acceptance of the practical and methodological advantages of telephone interviews in qualitative research (Irvine 2010, Vogl 2013), there should have been more consideration of the impact of these methods of collecting information.

In particular, while interviews in a university away from the workplace may have enabled participants to speak more freely, the interviews as a whole only lasted between 20-30 minutes. Would longer interviews have produced more nuanced findings? The problems created by paperwork and organisational culture are familiar. What about more contentious topics such as conflicts within teams about the best ways to support someone?

This is one of comparatively few studies based on interviews with care home workers. While they set great store by establishing individual relationships with people with dementia, they often lacked the training to do so. This meant that their working environments continued to be task centred. 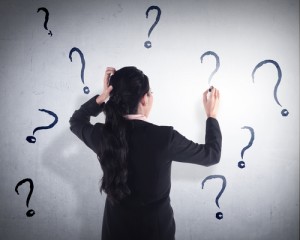 Despite the emphasis the workers placed on relationships, lack of training meant their work was still task centred.

Although Jo Moriarty edits the Innovative Practice section of the journal Dementia, she had no involvement whatsoever in the process of reviewing or accepting this article for inclusion in the journal.