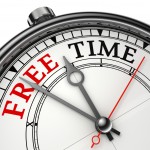 The purpose of this study was to explore the place and contribution leisure makes to the lives of a small group of middle-aged people with learning disabilities living in Sweden.

An earlier Swedish study had shown that disabled people (not just people with learning disabilities) took part in fewer leisure activities than non-disabled people and that this was particularly the case for those who received disability support services and participation declined with age.

According to the authors leisure is generally taken to be non-work (ie not paid and not compulsory) which is active and healthy and thus meaningful for those involved.

Leisure is generally taken to be non-work which is active and healthy and thus meaningful for those involved.

This research was undertaken in Sweden by two researchers from a university social work department. They wanted to understand the purpose and meaning of leisure in the lives of middle-aged people with intellectual disabilities (based on an Swedish welfare systems definition of ‘intellectual impairment’).

The authors interviewed 13 people (seven men and six women) aged between 38-60 (with a median age of 52) who all used some form of local authority disability service. Each participant was interviewed two or three times using a semi-structured interview schedule that included the topics of ‘everyday life, work versus leisure and retirement, ageing and identity’.

The authors used qualitative analysis to identify the main themes.

The participants had different types of formal structured activities in their lives. Six attended day centres, six unpaid work placements and one man worked for a subsidised wage. All the participants talked about these activities as their work in terms of employment and their ‘free time’ was separate from this. This work was central to the organisation of their day-to-day lives providing structure, social contact and meaning.

Much of the participants ‘free’ time was taken up with household and other chores, exercise and some socialising. The authors note that while these activities were ostensibly ‘freely chosen’ considerable constraints influenced how the participants spent their time. Lack of money was a significant limitation for many both in terms of which activities they chose and how often they were able to participate. They were also often dependent on the ‘whims of others’ whether friends, volunteers or service providers.

Much of the leisure activity remained segregated, with a number of the participants attending service provided clubs and little involvement in mainstream leisure.

Men were more likely to have access to a vehicle giving them greater mobility in the city and had they greater contact outside of the social care system. The male participants were also more likely to have a computer which some used to built social networks or enhance their social capital by keeping up to date particularly with sport.

The authors felt gendered notions of vulnerability acted as a significant constraint on the leisure activities of the women interviewed.

A sense of being in rather than of the community emerged from the participants. The places they spent time were located in the community but were often segregated and the authors comment on their experiences of being rejected or perhaps more frequently not noticed. A sense of being in rather than of the community emerged from the participants.

The study has a small number of participants (13) although this is not uncommon in qualitative studies of this kind.

The authors highlight two potential limitations. The first was that the majority of participants were recruited through service providers which has implications for their confidentiality and second that this meant using the definition of ‘intellectual impairment’ defined by the Swedish welfare system. The result is that all participants were users of state funded services.

The authors are specific about the parameters of the study and do not seek to generalise more widely about the experiences of people who do not use services. It is apparent that the experience of the participants is shaped by their long-term use of services and particularly by the (limited) expectations and constraints of service provision. There’s a tension between apparently high levels of satisfaction amongst people learning difficulties who use local authority services and their own quality of life.

There are strong similarities between the legacy of institutional provision and the current purpose and scope of British and Swedish support services for disabled people. Thus, the findings of this article resonate with the experiences of people with learning disabilities in the UK.

The study doesn’t discuss the impacts of the global financial crises on welfare provision in Sweden so it is unclear whether local authority services and welfare benefits are subject to the levels of cuts being endured in Britain. Suffice to say these cuts are likely to exacerbate the amount of ‘meaningful leisure’ people with learning disabilities are likely to be able to take part in.

A connected issue is the lack of collective spaces that have emerged for disabled people. Needham (2014:90) notes the modernisation of day services ‘has been more effective in legimitizing the closure of day centres than in stimulating the emergence of new collective spaces’. People with learning disabilities are at significant risk of more isolated as social care and mainstream services are cut.

I was also conscious while reading the article of the tension between apparently high levels of satisfaction amongst people learning difficulties who use local authority services both with those services and their own quality of life and the qualitative data contained in studies such as this. For example according to data from the 2011/12 Personal Social Services Adult Social Care Survey, England 2011-12 summarised in the IHaL Report in their People with Learning Disabilities in England 2013 report (Emerson et al 2013)

Chris Hatton has written an interesting blog (I can’t get) low satisfaction (Hatton 2014) that considers some of the reasons for this which include that people with learning disabilities are much more likely to have help from support workers in completely such surveys and that in general people will rate their satisfaction highly unless their situation is dire and their rating is likely to remain relatively static over time. This demonstrates the importance of small scale qualitative studies like this being considered alongside large scale quantitative satisfaction or service evaluation studies.

As the authors suggest

Jönsson’s question, ‘more time for what?’, might be a very appropriate one.

Cole, A. and Williams, V (2007) Having a good day? A study of community-based day activities for people with learning disabilities London: SCIE [Full report]