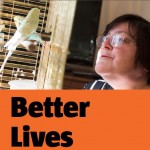 This report was commissioned by the support provider Choice Support to evaluate a project they led with the support of the London Borough of Southwark. The project was to disaggregate an existing block contract worth in excess of six million pounds into Individual Service Funds (ISFs).

The report is published by the Centre for Welfare Reform and authored by three professors, each with significant history of health and social care research and currently working with the Social and Health Evaluation Unit at Bucks New University.

The report starts by providing a narrative chronology of the development of the project through its various stages by describing the planned aims and subsequent outcomes at each of those steps.

The reports seeks to fill a void of research in the area of personalisation and ISFs, it cites the large number of advice and guidance documents, but lack of supporting evidence available currently. The research evaluates changes to quality of life across a number of domains by taking views from a range of stakeholders.

We are provided qualitative data against preference indicators from those surveyed and this is supplemented by case study narrative for five individuals. This data is collected three years after the commencement of the project.

The report presents new data gathered through a questionnaire surveys relating to quality of life for 70 people who were involved in the project. We are not told why the remaining 13 were not part of the assessment but presumably chose not to respond. The process is described as the Trident method – focusing on three evaluation areas for questions: outcomes, process and stakeholder perspectives.

The surveys were completed by primary carer, support staff, social services staff (named Social Workers) and relatives and friends. They are presented a discreet sets of results for each of these 4 groups.

There is no explanation of why the people in receipt of the ISFs are not a group in their own right or that they have fed into the responses in any other section. (We put this question to the authors – see their response below )

The respondents were asked to respond to each question against a five point scale from strongly disagree to strongly agree.

We are given no detailed reasoning for the choice of quality of life domains but they are described as best practice and/or linked to the desired outcomes of the programme or Duffy’s Keys to Citizenship.

The question sets vary between the groups of respondents. The case studies were selected on the grounds of support need, ethnic background, age and sex. Where possible the person themselves was interviewed, where not, then friends, family or staff told their story. 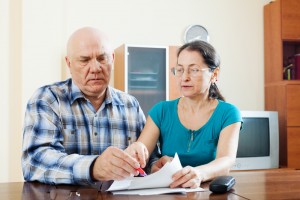 The quality of life outcomes date from the survey results are presented in bar chart form against the 5 point scales.

Generally speaking results suggest a positive impact of the project. There is some identified uncertainty or negativity. On the key questions related to quality of life, the social services staff are overwhelmingly positive with the other groups showing roughly 75% of responses as either agreeing or strongly agreeing.

The financial results are impressive and presented in tabulated format with year by year and cumulative savings side by side. The total savings over 5 years are £1,179,073.

The majority of these savings were made by the provider to their overheads including: staff terms and conditions, revising the management structure, reducing overheads and closing the local office.

Some of the presented figures (sourced from Southwark’s own report on the same project) did leave me scratching my head. In addition to the table we are also told that the council saw savings to the block contract of £1.79M, representing a percentage of 29.75% over four years. I am unable to explain the difference between to two sets of data, from careful scrutiny of either this or the source reports. (Again, we asked the researchers about this and you can read their response below)

The presentation of the survey data is the key strength of the report, the findings are unequivocal in demonstrating that from a variety of stakeholder perspectives the project has had a positive impact on life outcomes for the people involved in the review. This is perhaps the first time such a comprehensive set of data has provided us with this level of reassurance about the role of ISFs in the social care landscape going forward.

An obvious omission from the report is that we have no information which helps us to understand what happened in the minority of cases where the outcome was not assessed as positive. It would give nice balance to see a case study where everything didn’t go so smoothly, after all, we know there is always more learning from failure than success. Although the authors identify the need for further work on those cases which were not positive, the question remains, why not include it here?

The financial savings described also warrant further consideration of their context. The majority of savings were made by cuts to provider rates, this means they were not a direct result of the project itself. We are not told how much money saved was saved by measures like reducing over-support, or use of assistive technology that were direct consequences of the work. The wording suggests considerably less than in cuts to provider cost. It would be useful to have this level of clarity on such a pivotal issue.

The savings are identified over the period from 2010 – 2015. We know of course that in Boroughs throughout the country,  provider income has been falling in response to year on year cuts in funders’ budgets as a result of austerity measures. As all providers, and particularly charities know, that whilst there may be some operating efficiencies, ultimately staff terms, conditions and pay will be reduced and management spans be stretched thinner.

In the long term is this an outcome that’s positive for the industry and those supported by it? It would have been useful for that issue to have been addressed. 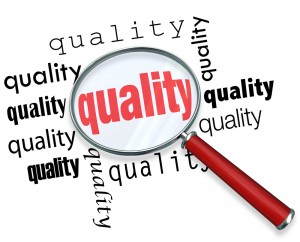 From a variety of stakeholder perspectives, the project had a positive impact on life outcomes for the people involved

A useful weapon to support reform

Working in a provider organisation, one frustration we have had in our own progress with implementing ISFs, has been achieving commissioner buy in. Too often compromises have to be made which prevent a full implementation and potentially limit options. One might hope that a report such as this with good primary data, can help to provide some key motivation for commissioning teams to engage with, and with providers to undertake, projects to improve choice and the lives of people receiving support.

Of course, reluctant providers, families and support staff will also see the potential benefits in a relatively concise and readable format.

It would be useful for this work to be taken further, to really unpick the rich learning that must be available from the project. How did they deal with shared support if people wanted to live alone? What about people who were difficult to engage? How were the supported people and families who found the process difficult supported through it?

Preaching by the converted?

There is a sense reading the document, that all the parties involved with both the project and report are united in their positivity about ISFs and a desire to show this project in the most positive light. The results speak for themselves, but it doesn’t help the reader accepting full objectivity in presentation when it’s noted, for example, that the Centre for Welfare Reform who published the report, also provided coaching to the key managers from Choice Support. (We put this final question to the researchers – see their response below)

I do wish the report had been a little more ‘warts and all’. The majority of people no longer need convincing that ISFs can, and do, work well for people. If we had been able to see and evaluate some of the negatives of the project and evaluate the financial performance in context, then I feel the report could have been even more influential in the minds of readers. 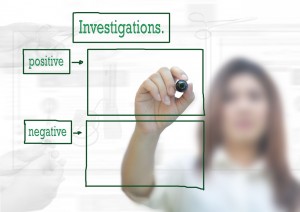 Q&A with the researchers

1. Nick Burton (NB): There is no explanation of why the people in receipt of the ISFs are not a group in their own right or that they have fed into the responses in any other section. I wondered if I had misinterpreted this or whether there was a reason not to include this group.

Roger Ellis (RE): The individuals who received the ISFs live in separate houses and would never have met as a group. However as a group of individuals in receipt of the personalisation programme their quality of life is a major focus of the report. They have various degrees of learning disability, some severe, and we decided that their voices was best heard through the audit completed by the closest member of support staff for each individual.

2. (NB): Some of the presented figures (sourced from Southwark’s own report on the same project) did leave me scratching my head. The financial results are presented in tabulated format with year by year and cumulative savings side by side. The total savings over 5 years are £1,179,073. In addition to the table we are also told that the council saw savings to the block contract of £1.79M, representing a percentage of 29.75% over four years. I am unable to explain the difference between to two sets of data, from study of either this or the source report

(RE): We believe that the £1,179,073 and £1.79M are the same figure taken from the two separate reports. I think that the savings in the table on page 46 of Better Lives are explained clearly. The note immediately below the table taken from Sian Hoolihan’s report several years earlier may confuse the reader as it refers to four years when the table shows savings made over five years. The £1.79m savings (29.75% of the original value of the contract) is the cumulative year-on-year saving.

3. (NB): We have no information which helps us to understand what happened in the minority of cases where the outcome was not assessed as positive. It would give nice balance to see a case study where everything didn’t go so smoothly. Although it is identified that there is a need for further work on those cases which were not positive, the question remains, why not include it here?

(RE): Further work is being undertaken with each of these individuals and while results appear to be positive this will be formerly evaluated in the near future and will be available in a follow up report.