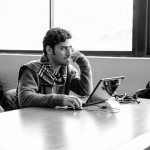 On what basis would you want a social worker (or other social care or health practitioner) to make decisions about you? Using only the experience of what they did for someone in a similar situation to you? Using longer-term experience they have gathered from practice? By only drawing on what they have read in text books and research papers about what is important and what works for a general population? By listening to what concerns you and only responding to that?

Clearly all of these are important sources of knowledge for making decisions, but each also has its limitations. What worked for others they had worked with, or for a general population in research study may not work for you. If they only respond to what you raise there may be issues and possibilities you don’t know about that are then missed.

Social workers need to be able to work with all these sources of knowledge and apply them to planning and delivering the best possible care for you. That is evidence-based practice (EBP). It is reflective practice. It is person-centred care.

So, how well do social workers do with accessing and making sense of the relevance to their practice of one ingredient in this synthesis of knowledge, namely the research evidence in peer-reviewed literature? This is the topic of concern in the paper I’m discussing in this blog. 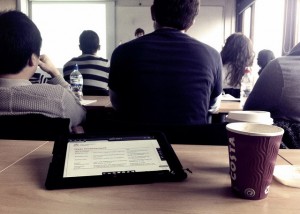 Social work students were asked about their engagement with and use of research in practice.

The author, Knight presents a background that is not especially encouraging about social workers using the research literature in their practice. She cites evidence that social workers struggle with access to the published research, have limited time to read and assess research, and that they struggle to understand how to critically appraise studies and relate them to their practice.

One thing to note here is that Knight is writing from the perspective of an academic in the USA, but there are reasons to more generally have these concerns.

Knight surveyed (via an online questionnaire) social work students, at Bachelor (N=117) and Masters (N=760) levels, in one school of social work to ‘ascertain their use of and attitudes toward the peer-reviewed literature’.

The response rate was 48% of those students invited to complete the questionnaire.

The survey asked a range of questions exploring to what extent the students felt prepared for using evidence to inform their practice, their attitudes and behaviours with regard to evidence-based practice, and whether field instructors model the behaviour of using evidence to improve practice.

Awareness of and engagement with research

There were some encouraging signs from the responses that people were aware of peer-reviewed research literature, felt prepared by their studies to be able to access, read and make use of this literature, and that many had done so fairly recently.

They generally reported understanding what evidence-based practice is and about a half that they felt prepared for it by their studies. Nearly two-thirds reported they frequently or very frequently engaged in such practice – though the specific examples mentioned were of a limited nature.

As you might be suspecting, though, there were also some rather discouraging patterns in the responses. Almost a third of the respondents had not read any research papers in the 4 months prior to completing the questionnaire. Only 16% indicated that they were frequently or very frequently required to read such literature for their field placements.

Over 60% of respondents stated that peer-reviewed literature was not written with practitioners in mind. Under 15% agreed or strongly agreed they would consult this literature when they are in professional practice, and about 75% said they avoid research articles.

The students generally responded that they understood research articles and their implications for practice. Fewer than 5% agreed that they saw no point to reading such papers as students or practicing social workers.

So, for most, regularly informing their practice through keeping abreast of the latest research in journal articles is not a significant activity, especially compared to seeking the views and knowledge of colleagues for this. This might not be so bad if colleagues are regularly using evidence to inform and develop their practice and were modelling this kind of behaviour.

The respondents who felt that they could assess the actions of their field instructors seemed to see that they engaged in evidence-based practice, but found it difficult to evidence seeing them regularly undertake specific actions like using peer-reviewed literature and using techniques found to be effective. 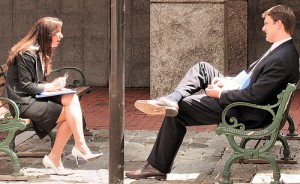 Although prepared to use research through their studies, social work students were more likely to ask colleagues than refer to research when making practice decisions.

the findings of this study suggest that the emphasis on EBP in social work education has been recognized by students but has not yet resulted in substantive changes in their practice behaviors…It appears that the field practicum may be an untapped resource in terms of helping students incorporate EBP behaviors into their practice. To maximize its educational potential, however, schools and programs of social work must be proactive in reaching out to the practice community to create partnerships that foster research and teaching and prepare both students and practicing social workers for EBP.

At first reading the paper tells a less than encouraging story about the use of evidence by social worker students and significant colleagues in their education, namely the field instructors.

However, we should bear in mind that this is a group of students from one institution in the US, that it is a snapshot and is self-reported behaviour by them – all of which presents limitations to understanding the study (and the author discusses limitations).

And that is in part a key message about evidence-based practice – we should rarely be acting on the results of one study. We wouldn’t want these students to be reporting that they very frequently acted on the results of very many individual studies. Rather, we want to see an ongoing picture of people critically engaging with the evidence, their colleagues and their own practice.

This paper does clearly set out some worrying issues if they are replicated in the UK social work context.

A significant group of the students reported that they were not regularly engaging with the research literature. The field instructors seemed significant in modelling behaviour and more needs to be done to understand how they and other key colleagues can model being evidence-based.

Students seemed to understand the potential of evidence-based practice and reported that they felt prepared for it in many ways, yet it doesn’t seem to translate in to practice regularly enough.

This paper presents a helpful mirror to hold up to social work education and practice here to see how well we perform against the issues raised. 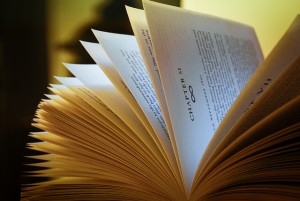 One key issue is the perceived accessibility and relevance of peer-reviewed research, which was not seen as being written with practitioners in mind.

Help is at hand

One key issue to reflect on in this blog is that of the perceived accessibility and relevance of the peer-reviewed literature. Although many of the students felt well prepared to be able to use research literature, they were often not very favourably disposed to these papers, seeing them as not very well written for practitioners.

This issue is a real issue as often research papers are written for academic journals and audiences, though some journals have moved to specifically require authors to include in their papers ‘implications for practice’.

We should also consider in this context though, how much other media have moved to address this challenge. You are of course familiar with the work of the elves in this and the other National Elf service blogs.

The NIHR School for Social Care Research publishes its project findings as 4-page reports which are clearly aimed at wider audiences than academics.

Similar approaches are used by the other 2 NIHR Schools, the ones for Primary Care Research and for Public Health Research.

Also, innovative means of conveying the implications of research are increasingly being used. To name but 3 in the social care sphere, colleagues at the University of York have developed a film of practice implications based on their research about young people taking on more responsibility for their personal budgets as they grow older.

Colleagues at the University of Kent Tizard Centra have a film about women with learning disabilities who have experienced domestic abuse.

Some very cheery elves and academics like Martin Webber (@mgoat73), Jo Moriarty (@Aspirantdiva) and Sarah Carr (@SchrebersSister) have long been modelling the use of social media to communicate the research work and links to practice.

The world is moving on in terms of communicating research findings and the impact of this needs to be explored better in terms of social work education and practice. 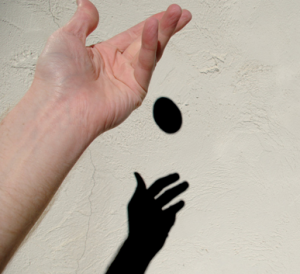 Help is at hand!