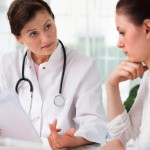 For me, one of the most infuriating aspects of health care is the relegation of mental health problems, and mental health services, as secondary to physical health.

There are a myriad of examples of this, from the classic stigma that people with mental health problems receive compared to those with physical health problems (fantastically illustrated by the Robot Hugs comic), to the way in which deficiencies in physical care make front page news while mental health services wither in relative obscurity (have you seen any national headlines about staffing problems on mental health wards? Yeah, me neither…).

The lack of physical health treatment for people with serious mental illness is a particularly ugly twist on this. We know for example that people with long-term physical health problems can have their depression ignored or minimised (Coventry et al. 2011), in line with the problems above where mental health is considered secondary or somehow less important. In people with severe mental illness (SMI), the opposite seems to occur: their physical health needs and problems seem to be ignored because only the management of their mental health problem is considered (see (De Hert, CORRELL, et al. 2011) for a quite devastating review of all the different physical health problems which are more common, or less effectively treated, in patients with SMI).

The cost of this to that person has been quantified: people with SMI die on average up to 20 years earlier than the rest of the population, and the cause of death is predominantly untreated physical illnesses. While some of this is attributable to medication side effects and lifestyle factors (not that those can be dismissed – the severe physical costs of some medications and the fact that people with SMI tend to have more vulnerable lifestyles are serious problems in themselves), there are also clear disparities in access to care and health professional screening of problems (De Hert, Cohen, et al. 2011).

To try to address this, there have been various calls for better screening of problems in patients with SMI and attempts to improve management and monitoring of physical health in this group. One approach is to encourage GPs/family doctors to give more physical advice to patients with SMI, and that’s what this recent Cochrane review aimed to explore (Tosh et al, 2014).

On the whole, results were unimpressive. Two studies indicated that provision of advice led to greater uptake of health prevention services and more contact with primary care, but overall the studies were of low quality and results equivocal. Consequently, with the state of current evidence being as it is, it isn’t possible to determine whether there are benefits of general physical health advice, or actually whether there may be risks of clinicians spending time and effort on something that is ineffective. Attempts to synthesise the evidence were limited by poor design and poor reporting.  The authors note that it was unclear in most studies if randomisation was done properly, and that three of the studies were sponsored by pharmaceutical companies, which raises concerns about the independence of the findings. They were, quite rightly, again A Bit Cross:

Much data were often reported in such a way as to make comparative analyses impossible and we were unable to report data for many outcomes.

I applaud the authors for their plea (on page 30 of the review) for researchers to sign up to the AllTrials campaign to encourage better reporting and greater transparency. The campaign calls for all trials to report all methods and results, so that we can actually make use of the data produced, which is given to us, remember, by patients themselves who have agreed to take part. Those patients deserve better. The patients paying up to 20 years of life deserve better too. We’ve said it before and we’ll keep saying it until #AllTrials are published. Sign up and support the campaign now!

NB. There’s a very good plain language summary for the review. Possibly the reason it’s so good is that it’s been written by a member of the audience so to speak (Ben Gray from Rethink) rather than by the research team, a practice I would heartily encourage other reviewers to follow.