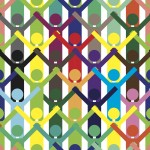 In this blog, I’m going to be discussing a recent systematic review and meta-analysis of “peer support for people with serious mental illness” (Lloyd-Evans et al, 2014). It’s something of a personal (as well as an academic) interest, as I am a carer and have been involved in mutual peer support groups myself. I have given and received support from people in similar circumstances to me and I have experienced the benefits of being able to describe a difficulty or problem with people who are going through the same things as me, which is very powerful and indeed empowering.

There has been a grassroots movement of peer support as an integral part of the recovery movement.  A natural evolution of mutual peer support is the concept of paid peer support, where supporters are employed by the mental health service or a peer led service is provided to complement mainstream care.

However, any new service development or intervention needs to demonstrate that it’s not just an intuitively good idea, but also that it is:

When we assess new research we need to find unequivocal evidence that the intervention ticks these boxes and the most scientifically robust (and unbiased) way to do this is to take all the trials of a particular intervention, review them for quality (including risk of bias) and then use statistical methods to pull all the results from all the studies together to see if (en masse) there remains an effect in favour of the intervention that is better than chance alone.  This is the purpose of meta-analysis.

Lloyd-Evans and colleagues have recently undertaken a systematic review and meta-analysis of peer support for people with serious mental illness because, although there had been some reviews, most of them had not been conducted “systematically” and the only systematic review in existence was over a decade old.  With the rise in employment of peer support workers in mental health services over the past four years, it was deemed important to assess the available evidence of the impact of peer support on service user outcomes. The researchers adopted a robust and objective process to the systematic review, and developed an a priori protocol.  They were interested in finding studies that evaluated the effects of peer-provided interventions on objective outcomes such as hospitalisation, as well as self-reported outcomes such as quality of life. Studies were included on the following criteria:

A total of 5,946 records were screened, and 5,921 were excluded for not being relevant.  A total of 25 full papers were assessed for eligibility and 7 excluded, leaving 18 studies.  Sixteen of these studies had data that could be entered into meta-analysis (n=5,383 people).

17 were individualized trials, and one was a cluster RCT.  The studies were grouped into mutual support (n=4), peer support groups including an unmoderated online support group, and peer support (n=11) and these were all provided as adjunct to treatment as usual and compared to treatment as usual alone. Three trials of peer-delivered services employed service users as case managers, and initial training for this role was included but this was not detailed in the papers.  There was a real range of focus and method of implementation.  Some studies used manualised programmes of peer support to improve self-management, whereas in some of the studies the intervention being tested was much less structured and defined, and included befriending, advocacy and help with social or practical problems. Two studies evaluated online programmes.  The arrangements for training and supervision for peer supporters varied between studies and was often not detailed in the papers. The impact of peer support on a variety of outcomes was negligible.  Even where there was an effect the quality of the study was very weak.

So, despite the growth in peer support, there is currently little evidence to support the clinical effectiveness of this intervention for people with severe mental illness.

There was significant variation between the trials, and all but two exhibited serious risk of bias. This means that their findings are not reliable.  In addition there was little consistency between the studies over what actually compromises ‘peer support’ and what interventions the peer supporter should offer.  The studies also shed no light on dose effect of peer support i.e. How many sessions, how frequent should it be?

‘Peer support’ is not a single intervention, it is an umbrella term that encompasses many things. What is needed is development and testing of a range of clearly defined types of peer support, which can be evaluated rigorously with the target group of service users. Comparison with other reviews

The findings of this review are cogent with previous reviews, although the authors note that previous research tended to put a positive spin on non-statistical differences by using phrases such as “limited but promising”. Other reviews have not adopted such a rigorous and systematic approach and are therefore prone to author bias.

Without good evidence, are we justified in funding peer support, or is this just a waste of precious resources?