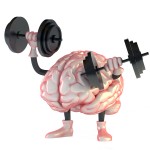 The Mental Elf has previously blogged about mild cognitive impairment and the risk of further cognitive decline as well as the importance of early diagnosis and intervention for dementia.

This systematic review was undertaken by researchers from the University of Toronto, it looked at randomised controlled trials of pharmacological or non-pharmacological interventions in healthy adults aged 65 and over with normal cognition.

An extensive search was undertaken across a range of bibliographic databases up to 31st October 2011 which identified 5,205 articles, following screening against inclusion criteria, 32 English language articles were included in the review.

A narrative review was undertaken. Authors do not directly describe why this method was used, but it was likely because of low numbers of studies for each intervention and methodological differences between studies which meant a statistical comparison was not possible. Brain training games like sudoku have been specifically marketed as ways to prevent cognitive decline, but does the evidence exist to support this? This review highlights that despite the importance of cognitive impairment, there is not a substantial body of literature addressing how it may be prevented. Cognitive training showed some benefits, which was widely reported in the media. However, the interventions were “both labour- and resource-intensive”, so were not the puzzle-type exercises many people are familiar with. The researchers recommend that future studies:

The review was limited by generally poor quality studies and variable, but generally short, follow-up periods (from 2 weeks to 9.6 years). The researchers also highlight selective reporting of data occurring in some studies, which potentially weakens the statistical significance of those results. Also, even where results were statistically significant, their clinical significance remained uncertain.

It is estimated that 1 in 3 people over 65 will develop dementia (Alzheimer’s Society, 2013), so studies offering hope of preventative measures attract a lot of media attention. Generally the findings of this study were appropriately reported and not overstated. Readers may also be interested in reading the analysis of how this study was reported in the UK press by NHS Choices.

What is dementia? Alzheimer’s Society, 2012a.